This chased silver betel box comprises a base and a cover. It is surprisingly heavy in the hand and is of high-grade silver. The base sits on a flared foot which is mirrored by an equally flared rim around the top of the cover. The cover stretches down over most of the box. Its sides are decorated with Burmese/Shan zodiac signs and other symbols, within octagonal cartouches within zig-zag and other borders.

The top is filled with raised floral-like curls, perhaps not unlike the curls that adorn the heads of some Buddha images, arrayed in circles around a central stylised crouching dragon-figure with applied silver horns.

The base is engraved with a mythical Burmese creature within a petal roundel.

Boxes such as these were used to hold the components of the betel quid; betel being a mild social stimulant that was chewed.

The box here is in fine, used condition. It has a fine patina associated with years of use. 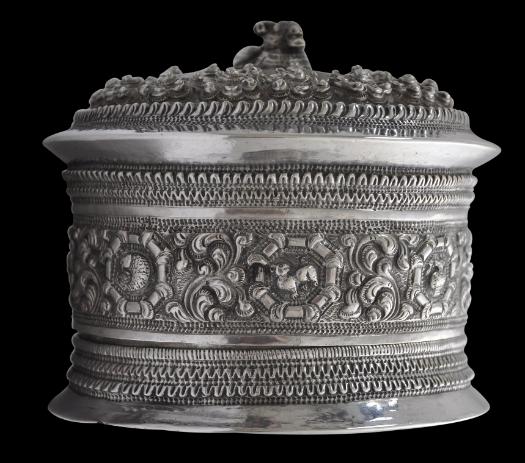 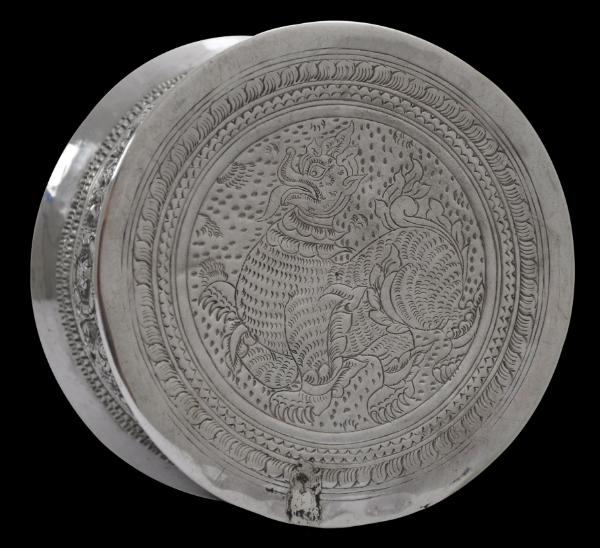 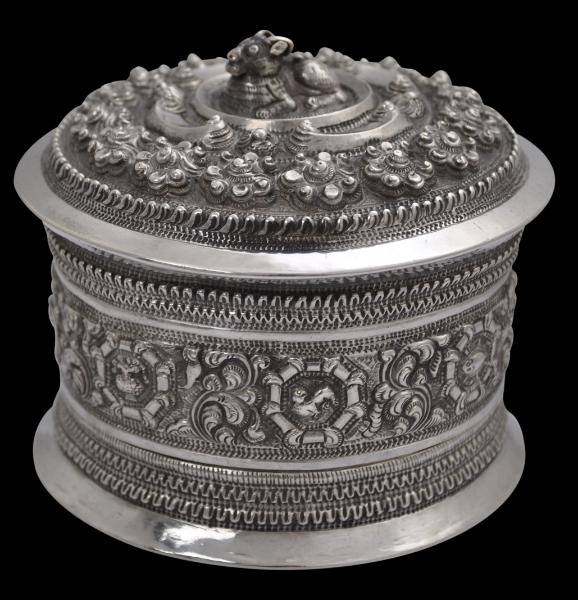 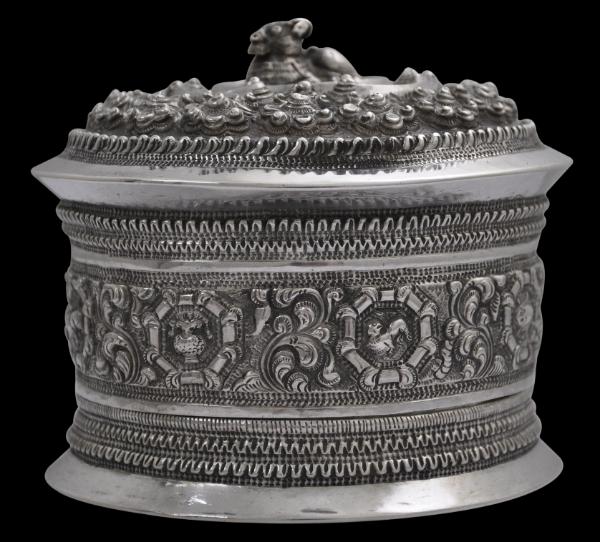 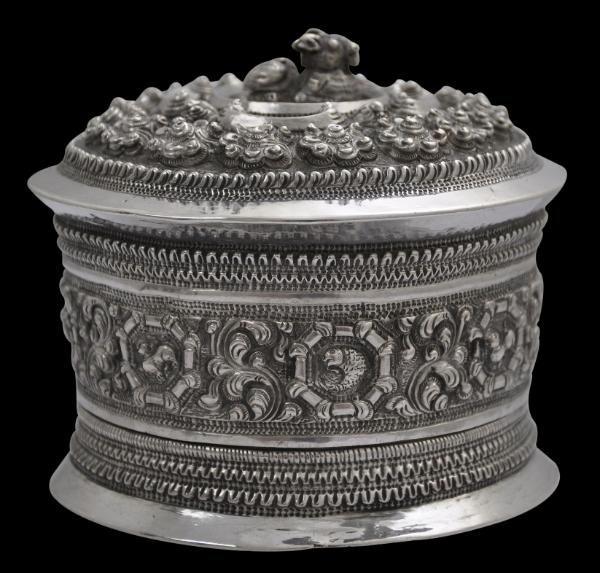 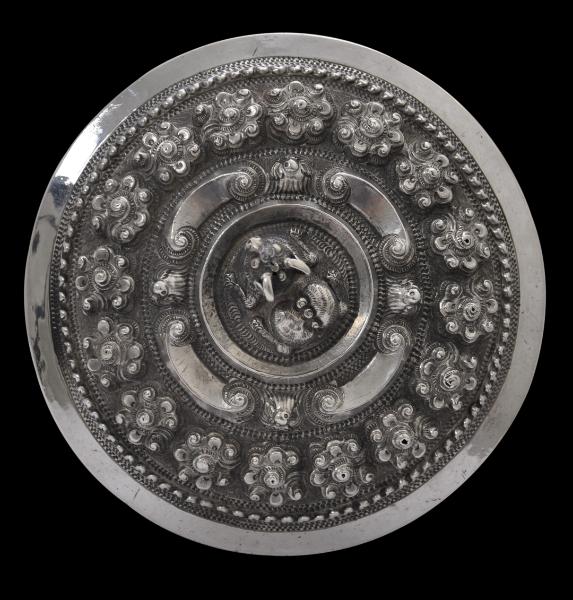