This coffer, made in Japan towards the end of the sixteenth century specifically for the Portuguese market, is a fine example of what is known as Namban (or Nanban) lacquerware. Often such coffers were used in monasteries to house relics associated with Saints. As Kawamura (2009) says, ‘For such wonderful contents, equally fantastic containers were used.’

Pope Gregory XIII granted Portugal in 1580 exclusive rights to maritime trade east of the Red Sea to as far as seventeen degrees east of the Moluccas (in today’s eastern Indonesia). Japan thus became one of the new sources for exotic luxury goods that could be imported to Europe for profit. Lacquered chests and other objects inlaid with mother-of-pearl were acquired by the Portuguese from Gujarat in India but the superiority of Japanese mother-of-pearl inlaid lacquer was quickly noticed and so Japan became a new source to feed European demand.

The coffers and other objects were lacquered in black (urushi), decorated with gold and silver dust (maki-e) and then inlaid with pearl shell (raden). The items became known in Japan as namban, literally ‘southern barbarian’ but perhaps more appropriately translated as ‘exotic’, and was a reference to the Portuguese who commissioned the goods.

The growth in the Portugal-Japan trade was remarkable for it was only in 1542 or 1543 that the first Europeans visited Japan – three Portuguese sailors landed at Tanegashima after the Chinese junk in which they were sailing apparently was blown off course. The Jesuit missionary Francis Xavier arrived in 1549. The Jesuits made big, early inroads and were particularly successful at propagating Christianity in the south. It is likely that the first Namban lacquewares made for the Portuguese were in fact made for the Jesuits.

A gilt metal handle is attached to each side, and each external corner is fitted with gilded copper mounts engraved with foliage and Japanese melon motifs. All the mounts are present other than two on the back of the coffer at the base. Given their location, this minor loss is not readily noticeable. A prominent escutcheon key plate is affixed to the front.

The interior is coated with black urushi and the inside of the lid is further decorated with a branch of plum blossoms in flower.

The lacquerwork is stable and remarkably fresh and bright given the coffer’s age – and yet importantly there is no evident restoration work. As can be expected, there are minor losses to the pearl shell inlay here and there.

Similar examples are in the collections of the Ashmolean Museum, Oxford; the Monastery of las Descalzas Reales, Madrid; the Naprstek Museum, Prague; and the Itsuo Museum of Art, Osaka.

Kawamura, Y., ‘Reflection on Namban lacquers in Spain: collection and use’, Arts of Asia, March-April 2009. 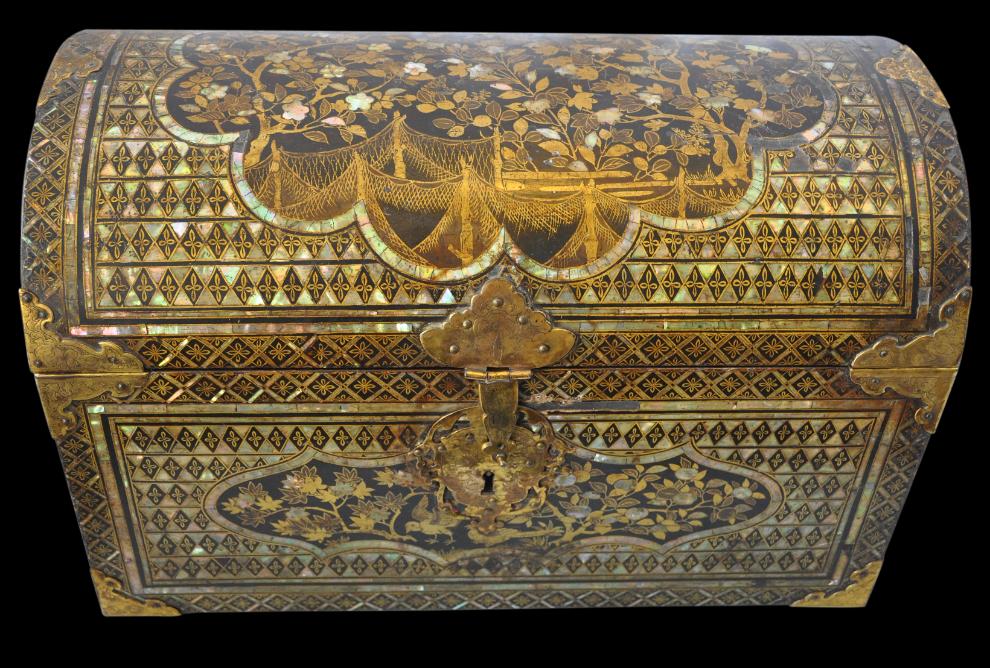 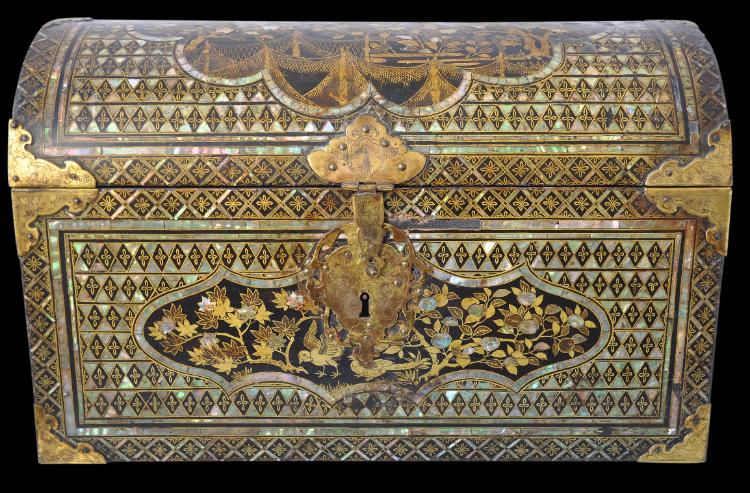 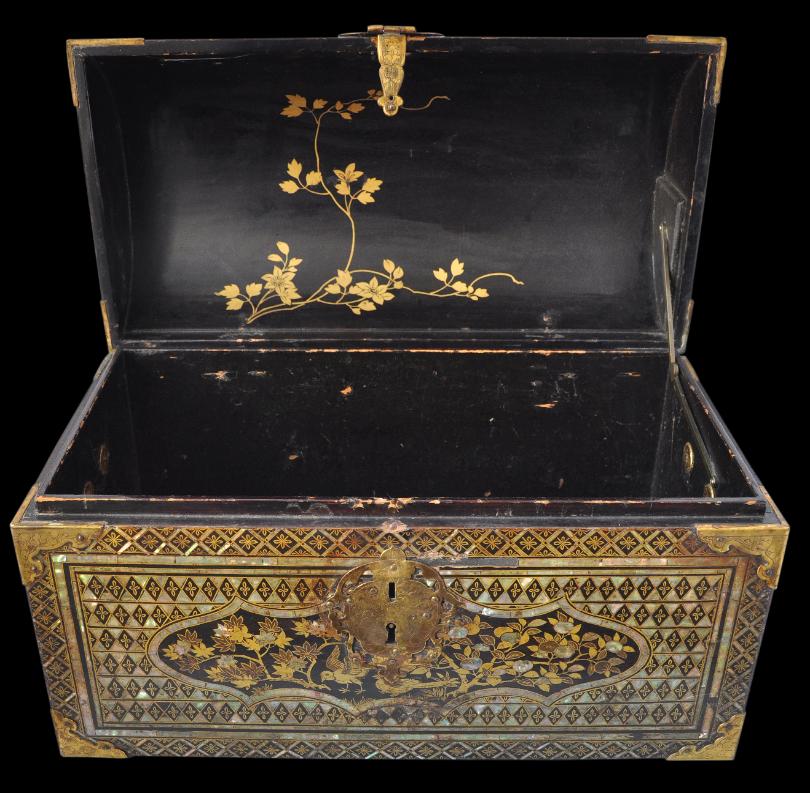 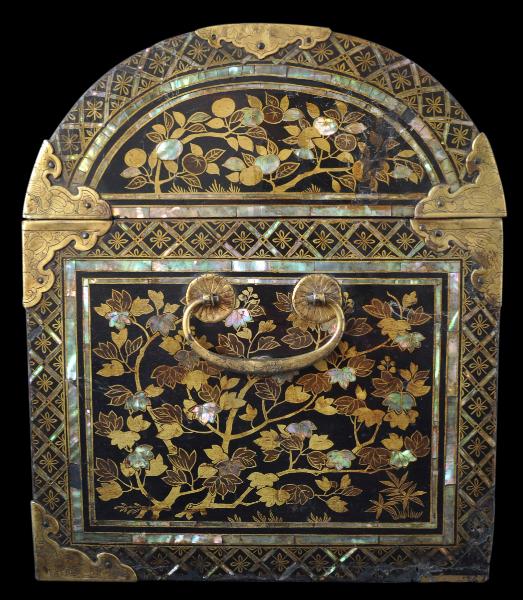 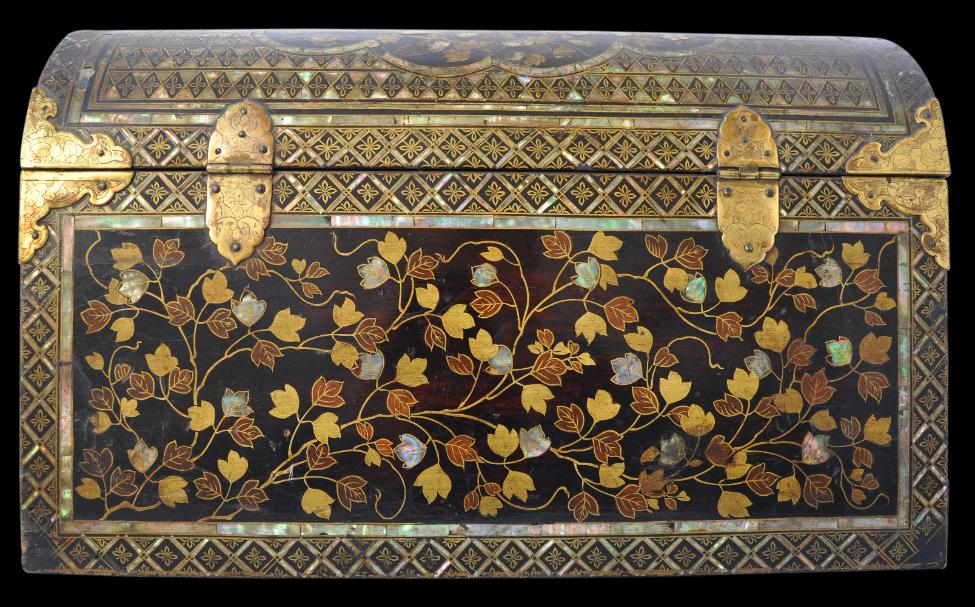 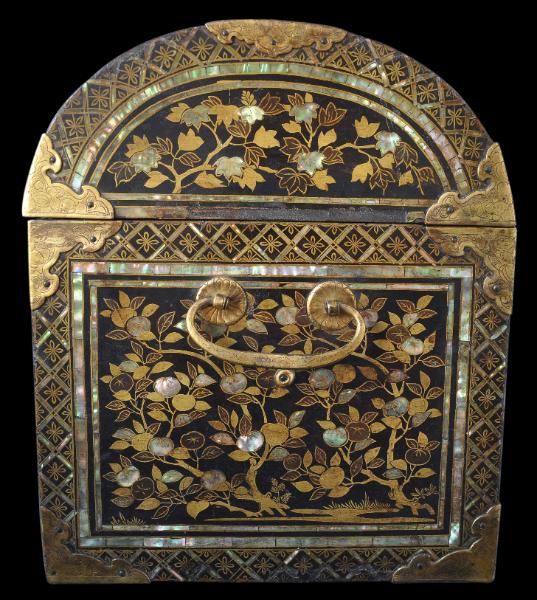 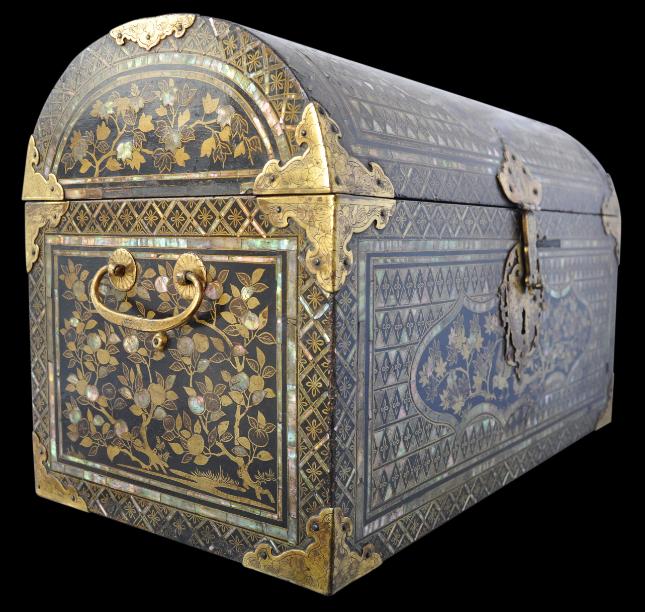 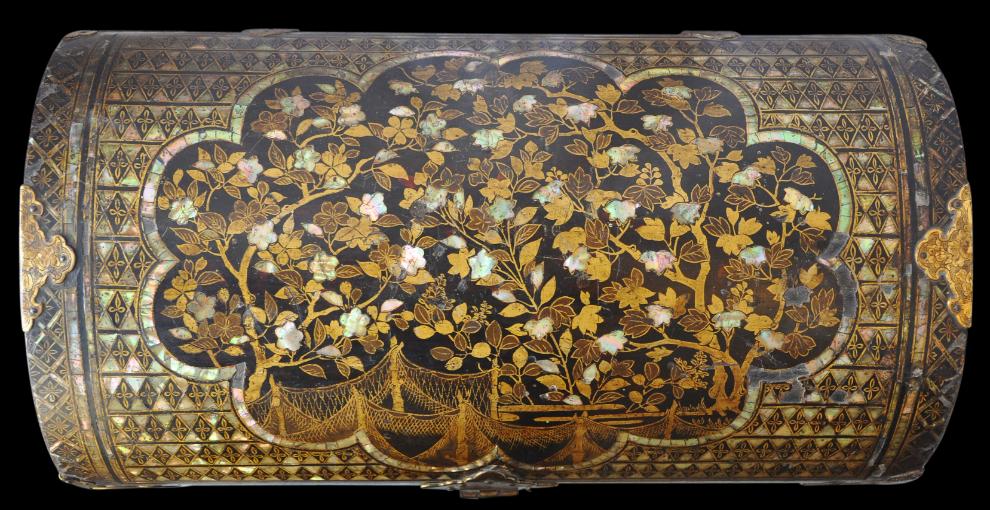 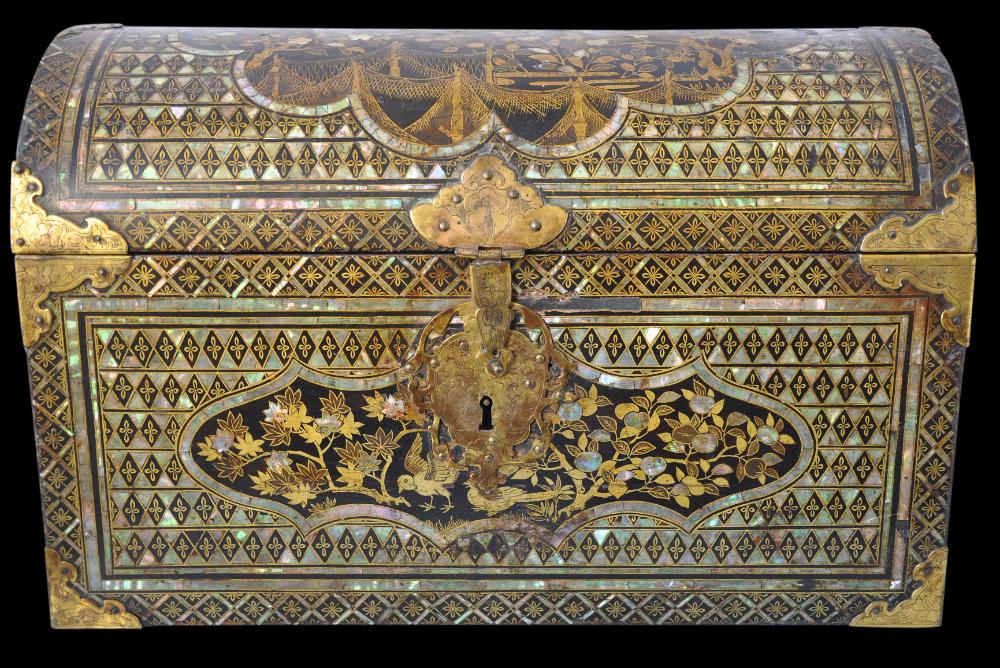 An example of the gilded metal mounts that are engraved with melons.