This thali, of shallow rounded form, is of high-grade silver, beaten, chased and engraved with a central flower medallion. It is bordered by double fluted bands of scalloped lotus petal niches and with a lipped rim.

Thalis such as this were used at elaborate Deccan and Mughal feasts. Each guest was served with his own thali, made of either silver or gold. Originally, precious metals were preferred as they were believed to neutralise poison. Later, they were preferred simply for reasons of ostentation.

A thali of similar form and design is in the collection of the Victoria & Albert Museum and illustrated in Terlinden (1987, p. 104).

The plate here has good weight for its size, is of high-grade silver, and is in fine condition. 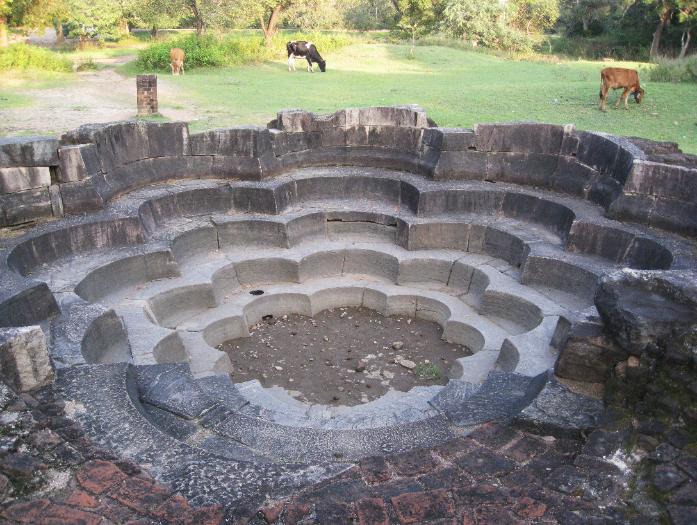 The descending lotus motif has been used throughout South Asia. The image above shows a twelfth century royal bath at Polonnaruva in central Sri Lanka that is of cut basalt and has a form that is not unlike the plate or salver here.