These pendants known as salhayat or salhat were worn by women in Libya, Algeria and Egypt. And also onDjerba, an island off the coast of Tunisia, with whitewashed desert towns that have Berber, Arab, Jewish and African influence.

This type of pendant was worn by a women once she became a mother (and not before). Hence the stylised motifs which ar e believed to be related to birth.

Each is decorated on one side only; the other is plain – other than the largest example which is engraved on both sides.

Two of the seven have Egyptian assay marks for the early 20th century, one has an assay mark for Tunisia and the largest has an elaborate assay mark that probably is Libyan. The others do not seem to have control marks.

Each of the pendants here is wearable. Each can be threaded onto a necklace. 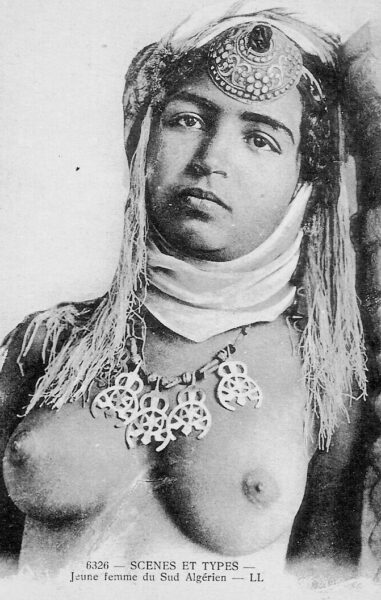