This highly decorative pendant is of silver . Called a taka in the local Lio language, the construction is that of a ribbon with wide ends that has been crossed over itself. The ends have then been hammered flat. Such pendants were among the most valued heirloom items of the Ngada people of central Flores and tended to be handed down from generation to generation.

It is likely that such a form is a highly stylised version of the female reproductive organs, and as such, the wearing of such a pendant no doubt had fertility and talismanic properties.

According to Richter (2000, p. 209), the pendants were worn by both Ngada men and women suspended from chains attached to their headbands. The removal of a taka from its usual hiding place in the house roof required the blood sacrifice of a small animal, and a blood libation need to be sprinkled on the pendant before it could be worn. 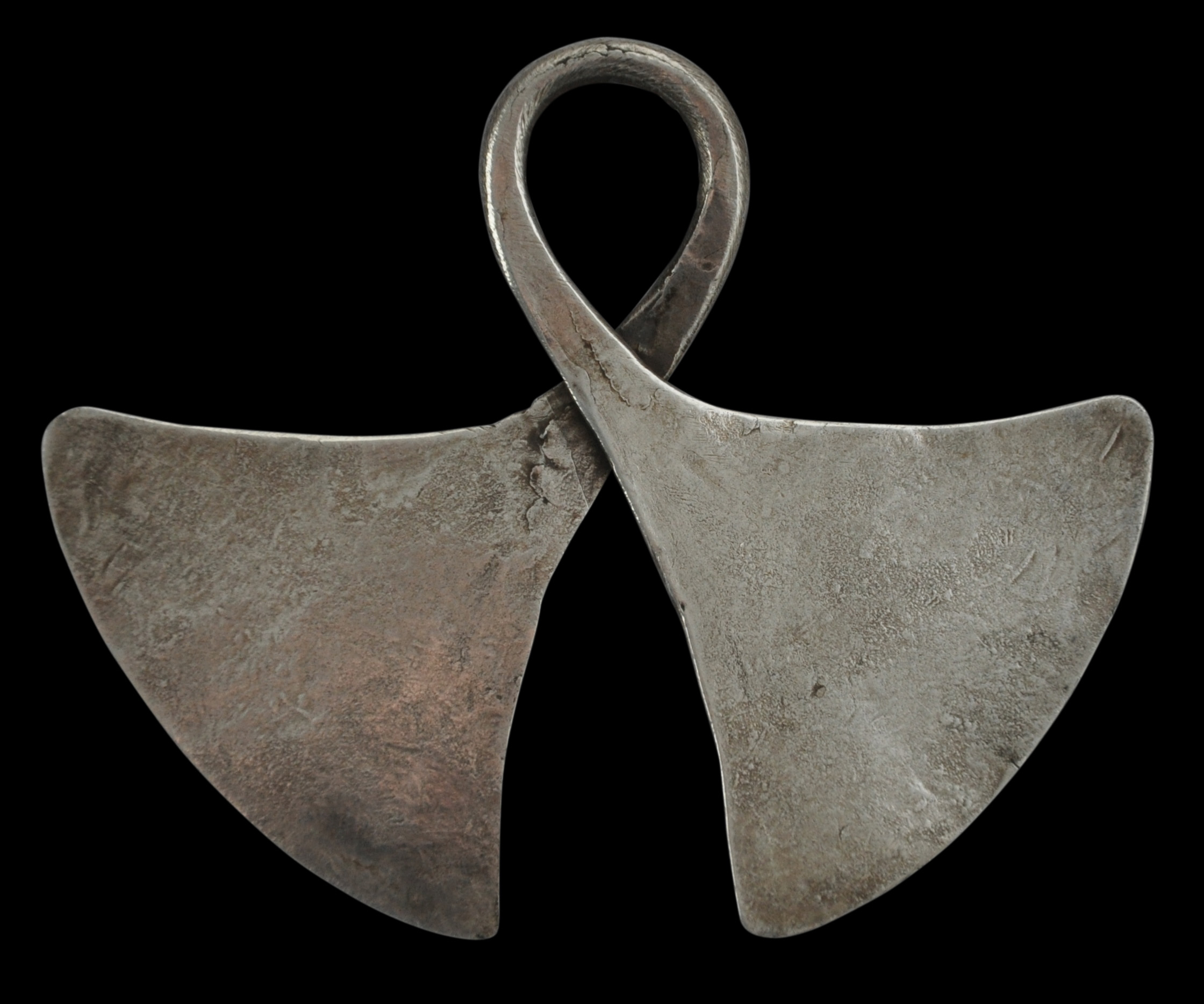 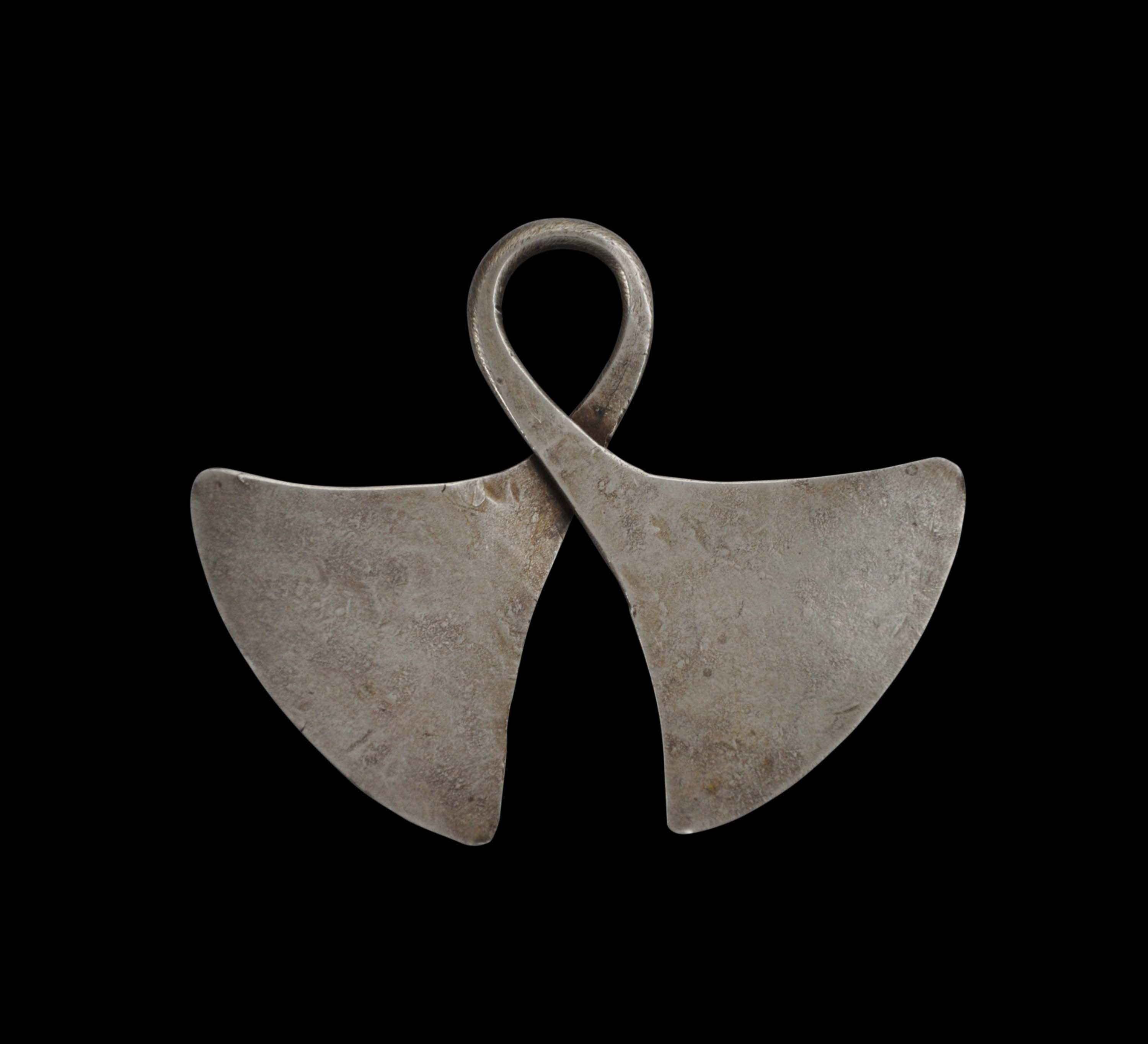 Richter, A., & B. Carpenter, Gold Jewellery of the Indonesian Archipelago, Editions Didier Millet, 2012.