This pleasing brooch is the best example of its type from Sri Lanka that we have seen.

It comprises faceted stones known in Sri Lanka as Matara ‘diamonds’ (white zircons) and indigenous pink sapphires in a silver and gold alloy setting. (Matara is a sea port on the south coast of Sri Lanka from where the stones come.)

A related but smaller brooch of similar construction is illustrated in Coomaraswamy (1956, plate XLIX). Other examples are on display in the National Museum, Colombo. Others are illustrated in Wimalaratne & Gomes (2001).

Ceylonese silversmiths and other craftsmen produced items with Dutch influence during the eighteenth and nineteenth centuries. This brooch is one example, which has parallels with eighteenth century European jewellery, albeit with South Asian motifs: the brooch employs katiri mala flower motifs for example.

Such brooches were the basis for the kerosang brooches used by the Straits Chinese and Malay women in Malaysia and Singapore. Kerosang brooches were used in place of buttons to keep blouses closed. Many were produced by expatriate Tamil craftsmen and so often the jewellery of the Straits Settlements of Penang, Malacca and Singapore bore similarities in terms of themes and construction with that produced and worn in Ceylon.

The brooch here is in excellent, wearable condition.

(Scroll down for more images.) 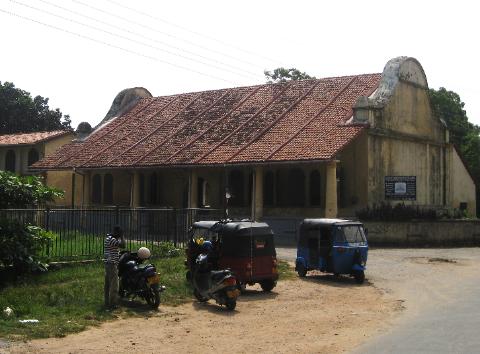 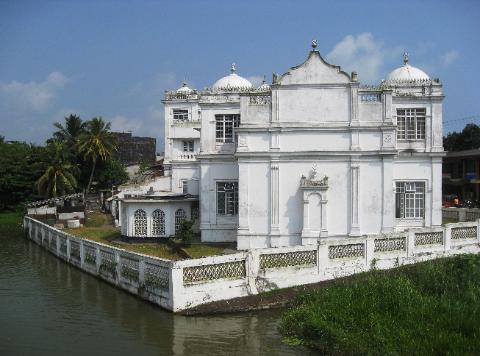 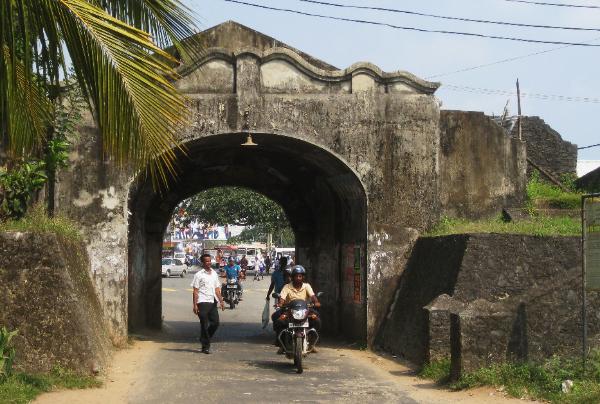 Above:  Three scenes from Matara today – A 17th century Dutch church; a mosque, showing typically colonial-influenced architecture; and an entrance to the old Dutch fort. 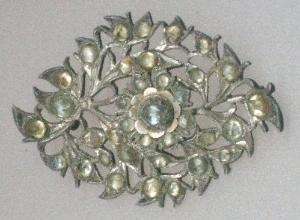 A brooch with Matara ‘diamonds’ photographed at the National Museum of Sri Lanka, Colombo.