This is a particularly fine example of a man’s woven comb from Malaita island, part of the Solomon Islands. The weaving work is unusually intricate and even – certainly finer than most published examples. Such combs were worn by men as hair ornaments.

This example has been woven from yellow orchid fibres and coconut palm frond fibres dyed red with a root called geru. The teeth of the comb are from fern wood (two are deficient.)

Similar examples are on display in the British Museum, and the Museum of New Zealand Te Papa Tonarewa. A related example attributed to the 19th century is published in Waite and Conru (2008, p. 163).

This example was acquired in the UK and most probably has been in the UK since colonial times.

Prominent ornamental combs were worn by men across the south-eastern Solomon Islands. Mostly, they follow the same form. According to Waite and Conru (2008), the earliest reference to combs worn by Solomon Islands men was in 1863 by John Webster who noted in his published account of his 1851 visit to the islands that men wore ‘on their heads an ornamental comb with which they frizzle out their hair into a large mop.’ Waite and Conru observe that a new decorated hair comb was an essential part of an initiate’s dress on his return to his village after his seclusion and participation in the maraufu initiation. Each young man returned to his village initiated and presented himself to the village atop a specially made stand some of which themselves took the form of a large comb.

The Kwaio people of Malaita developed a particular form of comb of which this comb is an excellent example.

Malaitans speak a variety of dialects within the Malaitan language family, which in turn is a sub-branch of the Malayo-Polynesian languages. Shell-money was the traditional currency. It was used throughout the Solomon Islands, and as far as Bougainville. It comprised small, polished shell disks which were drilled and placed on strings. Britain asserted its interest over the Solomon islands in 1886, and in 1893, the British Solomon Islands Protectorate was declared. The Solomon Islands was granted independence only in 1978. 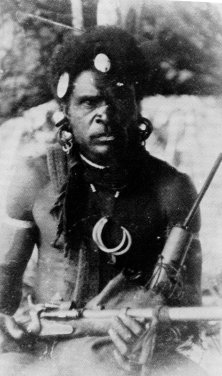