Betel (also known as paan in India or sirih in Malaysia and Indonesia) is the palm nut, lime powder & vine leaf quid that traditionally was chewed in South & Southeast Asia. It is a mild social stimulant similar to alcohol or tobacco.

Single betel boxes held the betel quids in India, but it was in Southeast Asia that whole, elaborate, multi-part betel sets evolved, particularly in Indonesia, Malaysia and Thailand. These are among the most beautiful and collectable items of material culture produced in Southeast Asia.

Wealthier families and members of the nobility had sets that were made of silver and gold.

Betel was central to all social intercourse and so betel sets were status symbols at the heart of most social and ceremonial events such as weddings.

Sets comprises a tray or base on which the boxes and canisters that held the various components of the betel quid were stored and presented.

Here are some examples of sets from a private collection: 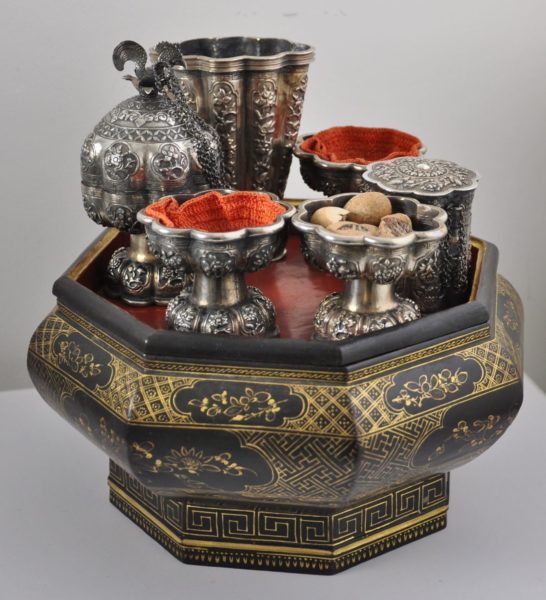 The set above is from the localised Chinese (peranakan) community of Java, Indonesia and dates to the 19th or early 20th century. The stem cup on the right contains some dried betel nuts. 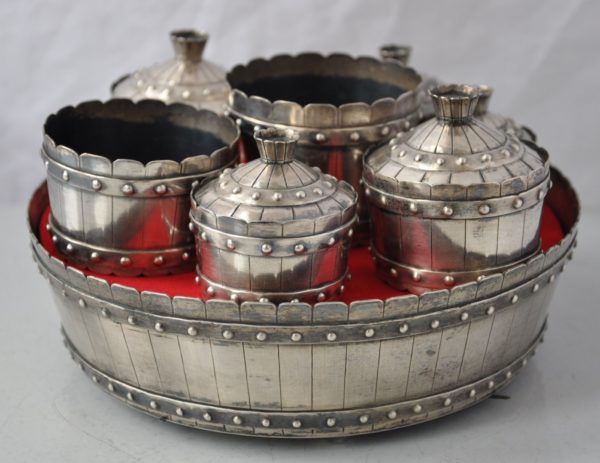 This set, made of silver, has been decorated as if made of wooden barrels. It is from Thailand and dates to the early 20th century. 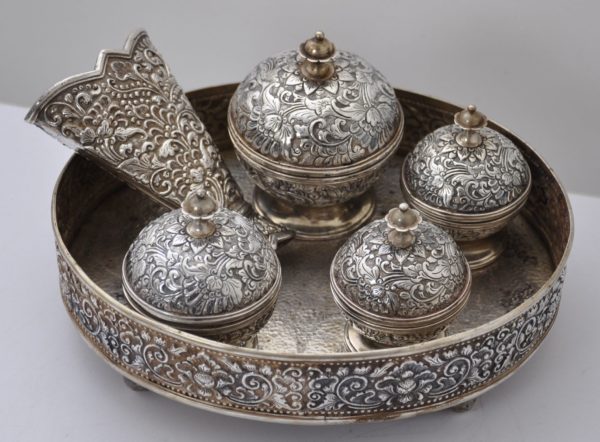 This set, also of silver, is from central Java, Indonesia and dates to around 1920. 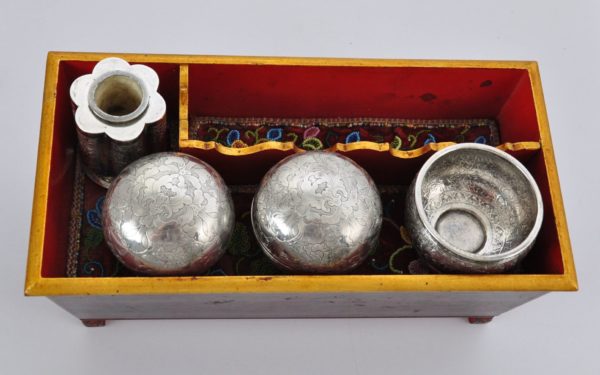 This set is of engraved silver and sits in a lacquered, wooden tray. Beaded textiles sit in the bottom of the tray. It is from the Straits Chinese community of Malaysia and Singapore and dates to the late 19th century.

See all our available betel-related items.

Listen to our Podcast about betel use and betel artefacts in Asia.