Rosewater Antiques in the Islamic World 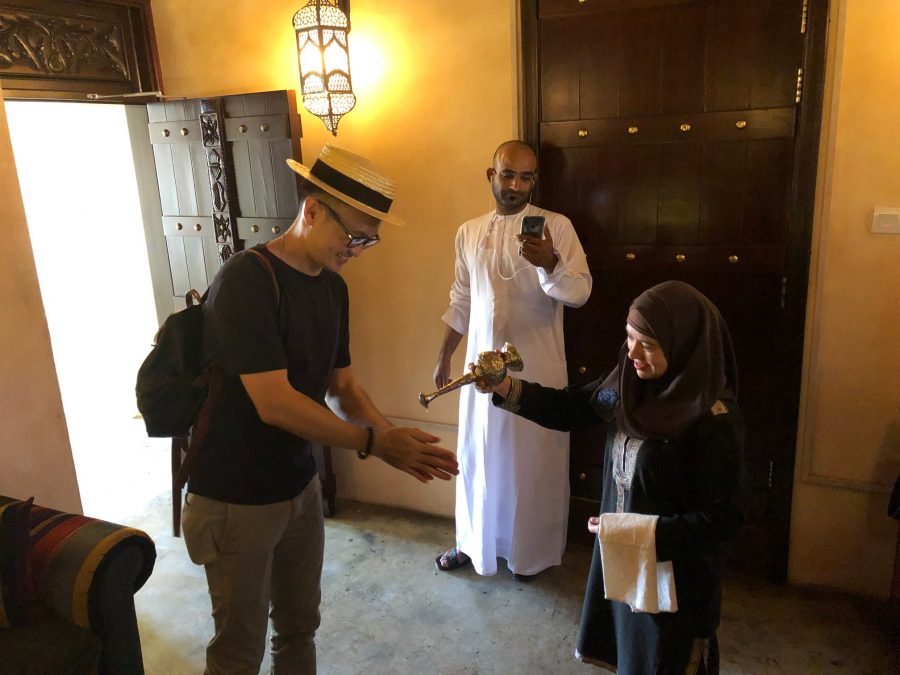 Rosewater, made from steeping rosewater petals in water,  traditionally has been used across the Islamic world from the Middle East to Indonesia. It is used in conjunction with religious rituals such as weddings and burials. But it is also used simply to freshen up oneself and one’s environs. In many traditional, Islamic-derived cultures, it is usual to eat with the right hand, and so meals are preceded by washing the right hand at or near to where the food is served. Ewers and matched, portable basins made of brass, copper, silver and even gold will be used for this purpose and often the water the ewers hold is delicately-scented rosewater. Examples of ewers and basins used for this purpose can be seen with this post.

Rosewater sprinklers also were used to sprinkle the scented water around the house, or on the hands. Visitors to one’s house might be offered a rosewater sprinkler on arrival which they can use to freshen up after their journey. The wealthier the house, the more elaborate and precious the sprinkler. It is still the case today that when travelling in central Turkey on long distance buses that passengers will be offered a plastic rosewater sprinkler that will be passed around so that each passenger can refresh themselves during the course of a long journey.

Many traditional wedding ceremonies from those of the Arabs and Persians to the Malays incorporate the use of often lavish rosewater sprinklers. Those used for weddings typically come in pairs. Accordingly, they are often given as wedding gifts.

Other cultures and religions use rosewater too, such as the Hindus and Parsis, but it is likely that this use has its origins in the Islamic Middle East or Persia.

The images here also show examples of sprinklers we have had or currently have. Some now are in museums.

The two photographs of rosewater in use show Eddie having rosewater sprinkled on his hands in Mutrah, Oman, and Michael having his hands washed with rosewater prior to eating an Abyssinian meal in Zanzibar.

Examples that we currently have in stock of rosewater items from Mughal & Northern India, the Persian & Malay worlds can be seen here: A, B, C, D, E, F, G & H.

Receive our monthly catalogue of new stock, all sourced from within the UK, often from colonial-era collections.