An Oddity from China & Nepal: The ‘Cadogan’ Teapot 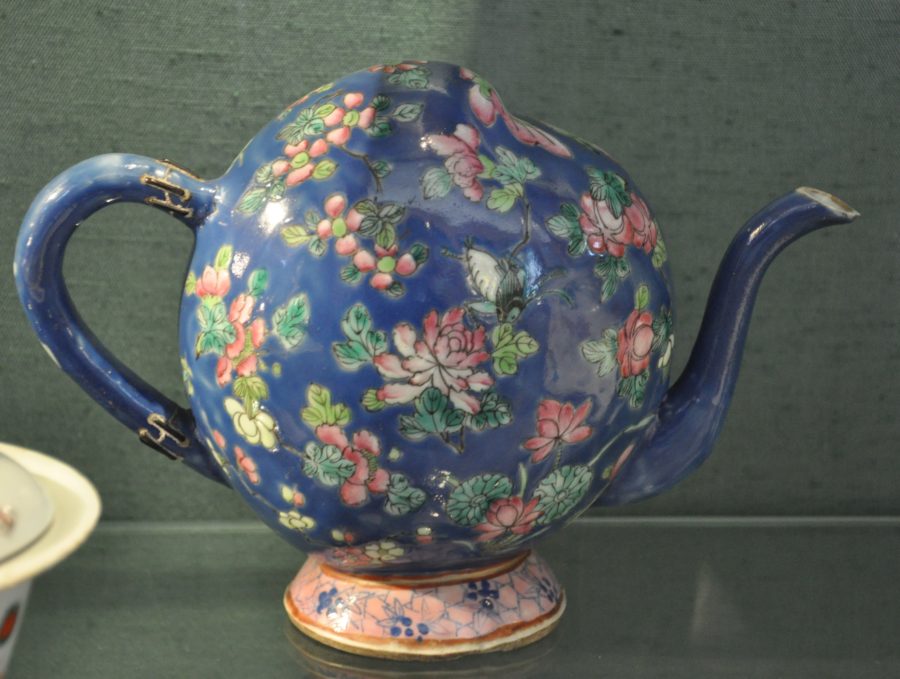 There exists a curious type of teapot or wine ewer that first originated in China and which has no lid and fills not from the top, but from the base. This means that these vessels when standing upright appear to have no entry point, and thus no way to be filled. And yet there is a spout from which the contents are poured. They are quite a novelty.

‘Cadogan’ teapots appeared in England during the early nineteenth century after Chinese porcelain wine pots were imported and then copied locally.

How they operated is that ewers had a hole in the base with an interior tube running from it to near the inside top, and so could be filled through the base and then turned the right way up without the contents spilling. They were named after Lord Cadogan (1728- 1807) who supposedly used them in his home. (Lord Cadogan’s London home was in Chelsea and the family still owns large parts of the upmarket neighbourhood.)

An example of such a porcelain ewer imported from China and now in the Bowes Museum in County Durham, northern England.  It is peach-shaped and with a blue ground, and is illustrated above. It dates to around 1800 and was made in Jingdezhen, China.

We have available one pair of this style of ewer which, curiously, comes from Nepal (the final three pictures below show the pair).

Made of copper, silver and gilded silver, most probably these were used to hold wine offerings. Alcohol, usually in the form of raksi brewed from kodo millet, as an offering features prominently in Nepalese rituals. Alcohol is produced at home for use by family members and to serve as offerings for household deities. At most religious and cultural and ritual functions in Nepal and in the Kathmandu Valley particularly, alcohol is the most coveted item to offer to deities, particularly Bhairava, and ancestors. And so it is likely that these ewers were used to make offerings to Bhairava. The religious aspect of this pair is suggested by their having been decorated with gilded images in relief of Durga and Manjusri. This is the only example of ‘Cadogan’ style ewers we have seen from Nepal, and so are extremely rare. 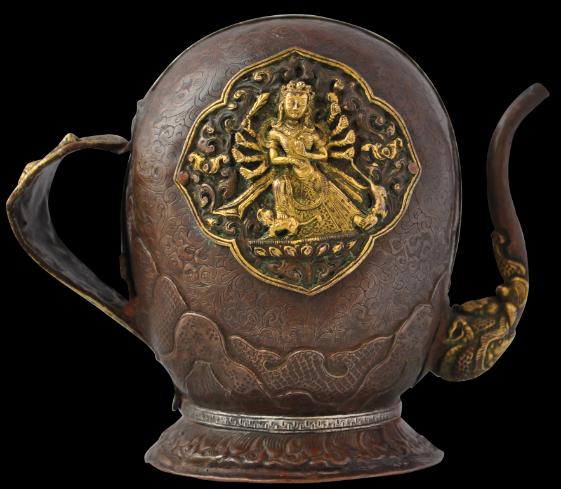 See our range of Chinese antiques, and our selection of antique items from the Himalayas.

Do sign-up to receive our monthly catalogues to see our latest items.