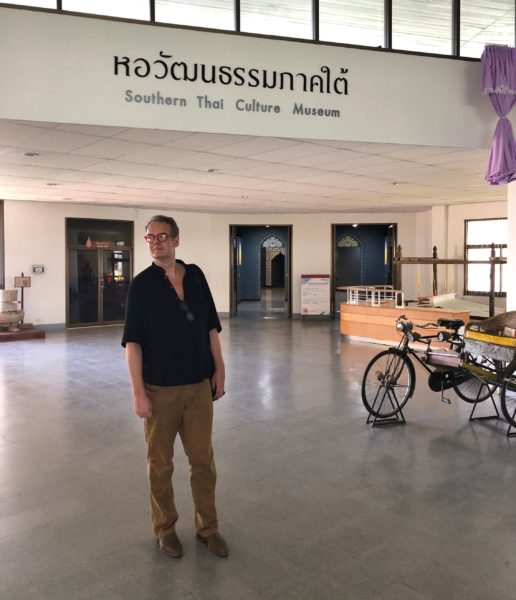 We visited recently the little known Southern Thai Culture Museum at Songkhla Nakharin University (Pattani Campus) in Pattani in Thailand’s southern Pattani province. The museum is unexpectedly large, well funded and very well organised. It is in the grounds of the University and showcases the material culture of the various local communities, including the dominant local Muslim-Malay community, the local Chinese community, and the local ethnic Thais.

We visited at the suggestion of Senator Ausart Suwanmongkol, a senator for the region in the Thai Parliament, who has a keen interest in the preservation of local arts and crafts.

Yala, Pattani and Songkhla, the three provinces of southern Thailand, are not dominantly Buddhist like most of the rest of Thailand, but being adjacent to Malaysia, are dominated by the local ethnic Malays. Traditionally, they were ruled over by sultans. The food, music, religion, and arts and crafts are that of the Malay peninsula, and there has long been a sometimes violent secessionist movement in the area which has posed significant problems for the Thai state and military. Many western governments advise for only ‘essential’ travel to the region but we found the area to be safe and friendly, and almost entirely free of tourists. Violent flare-ups, when they do occur, tend to be directed against elements of the Thai state and not against visitors.

It is in this context that the Museum is so important with its acknowledgement of the validity of non-Thai local culture, and its emphasis on the rich, cultural diversity of Thailand’s south.

The Museum is divided into sections for each community group and one follows a route through a long chain of galleries which feature a mixture of showcases with well-arranged objects, dioramas, wall charts and so on. There are plenty of labels and explanatory boards, in both Thai and English. 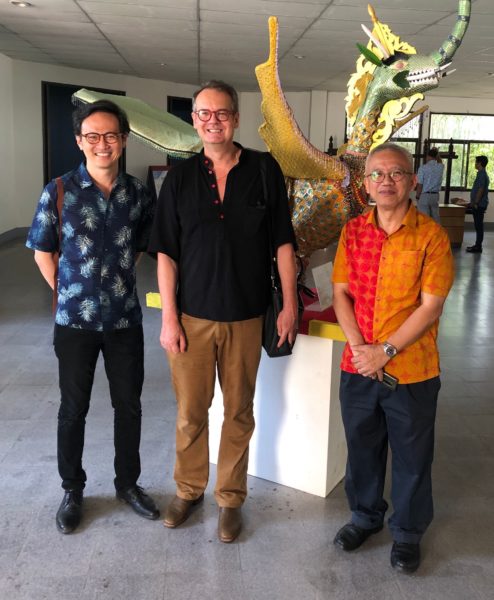 With Senator Ausart Suwanmongkol in the foyer of the Museum. 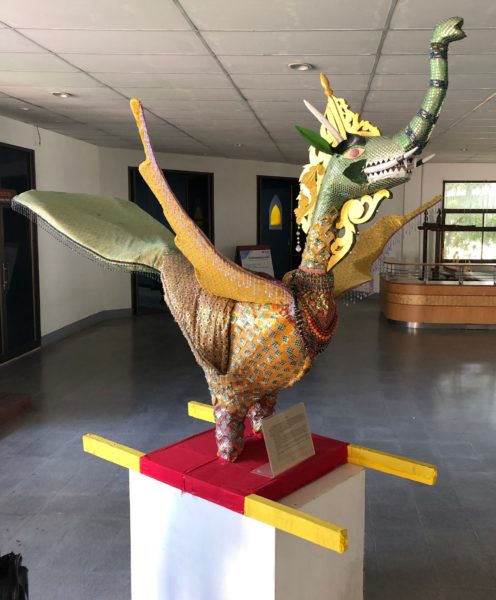 A garuda-like sedan chair traditionally used by the local Malay community to carry a boy to his circumcision ceremony. 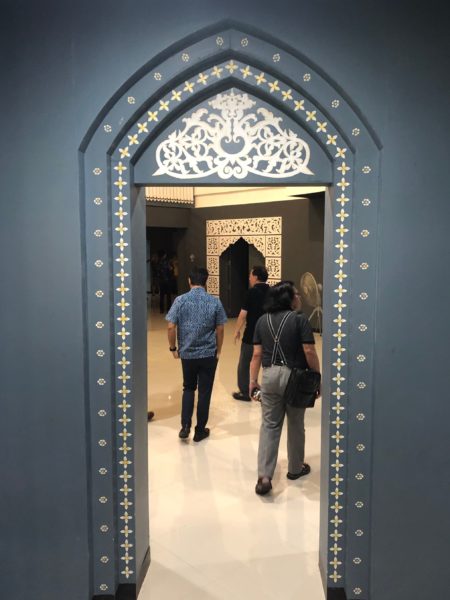 The entrance to the Islamic-Malay galleries. 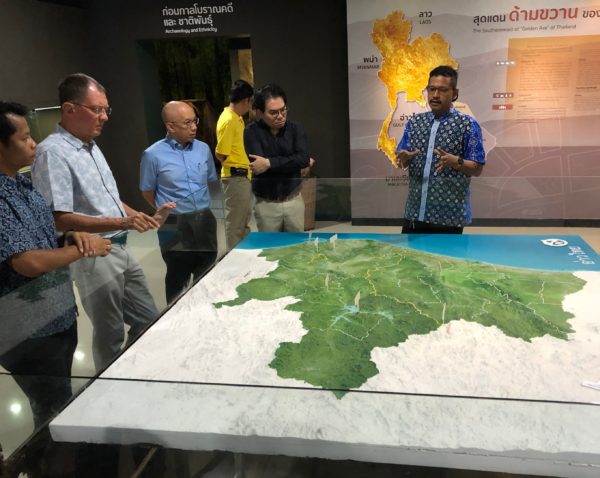 Receiving explanations from the Museum director. 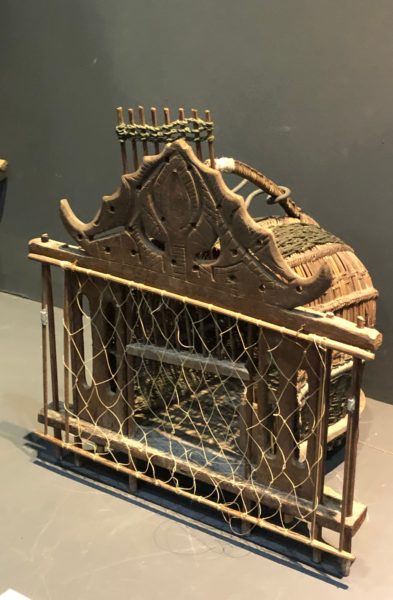 A quail trap, traditionally used by the local Malay community. 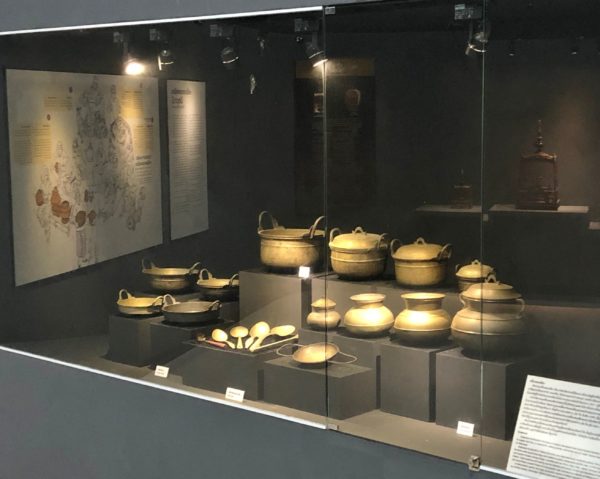 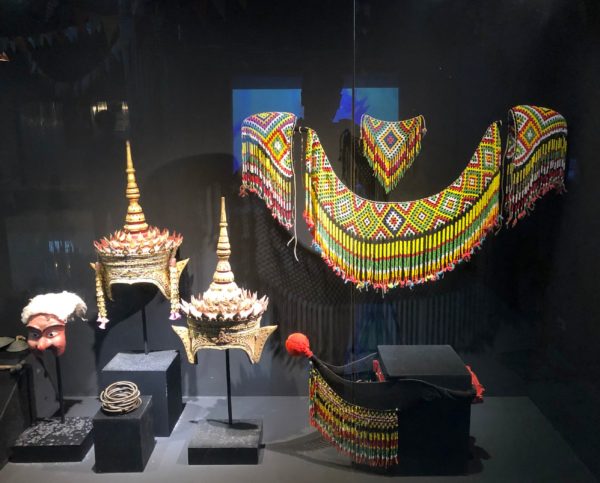 The dress for a Malay traditional Mak Yong dancer. 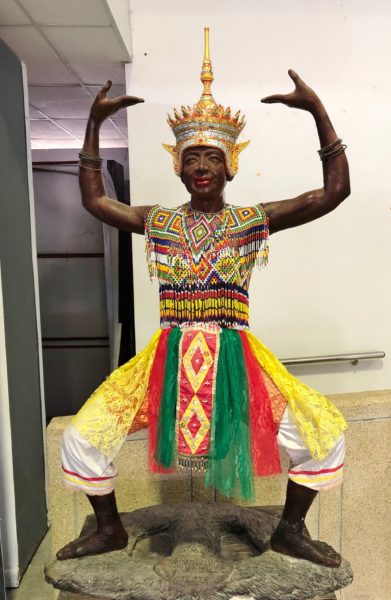 The attire for a Malay traditional Mak Yong dancer.  The dancers are male and the costumes heavily beaded. The dance has almost died out, particularly as many Muslim Malays have grown more fundamentalist and this type of dance is seen as against Islamic precepts, despite it being intrinsic to local Malay tradition. 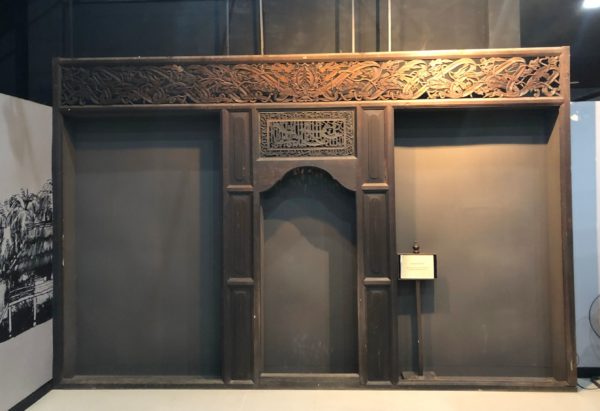 A carved wooden entrance to a traditional Malay house. 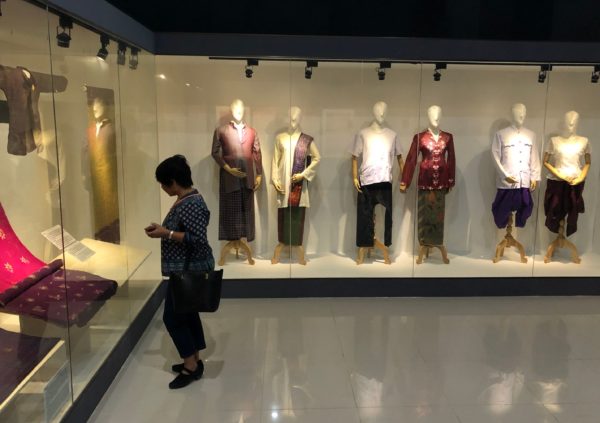 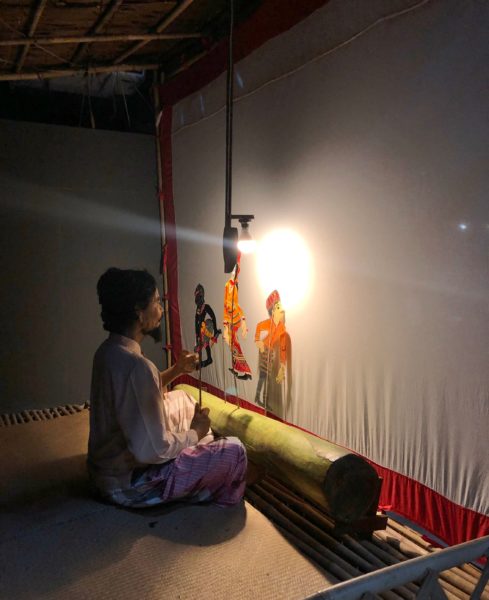 A diorama of a traditional shadow puppet performance. Such performances can still be seen in some night markets in southern Thailand. 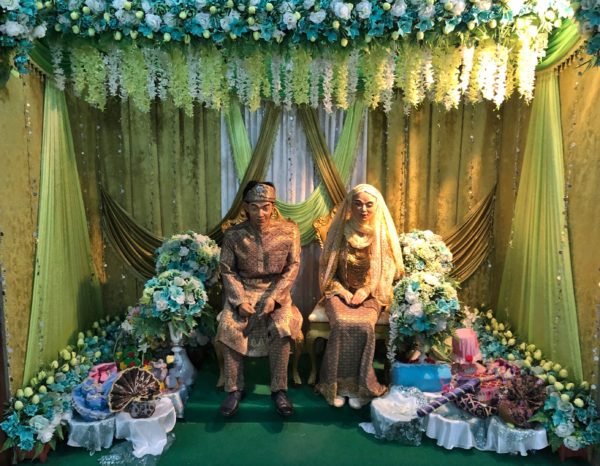 A diorama of a local Malay wedding. The couple here are sitting ‘in state’ in keeping with the notion that on their wedding days, couples are akin to royalty. 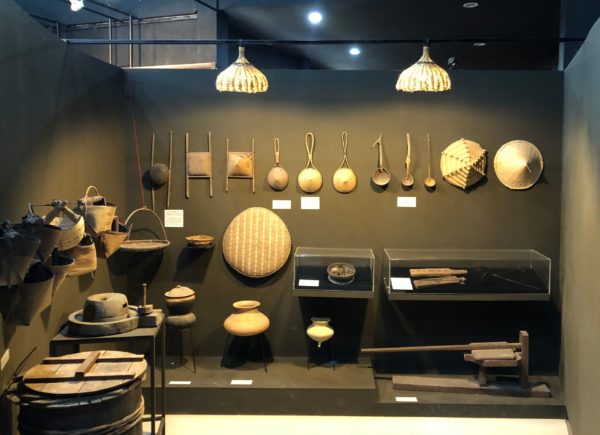 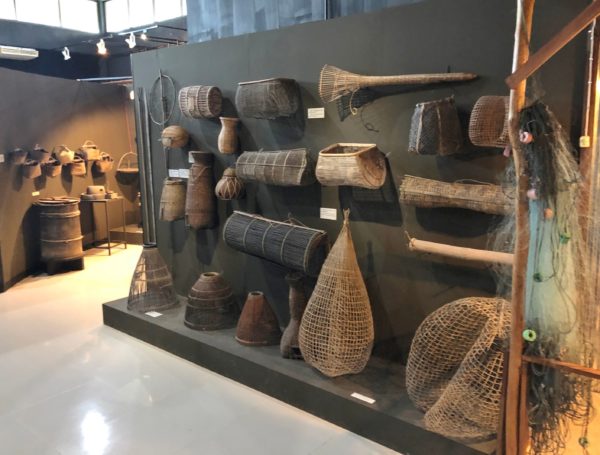 Visit our available items from the Malay World and also Thailand and Indochina.