The Escalating Problem of Faking 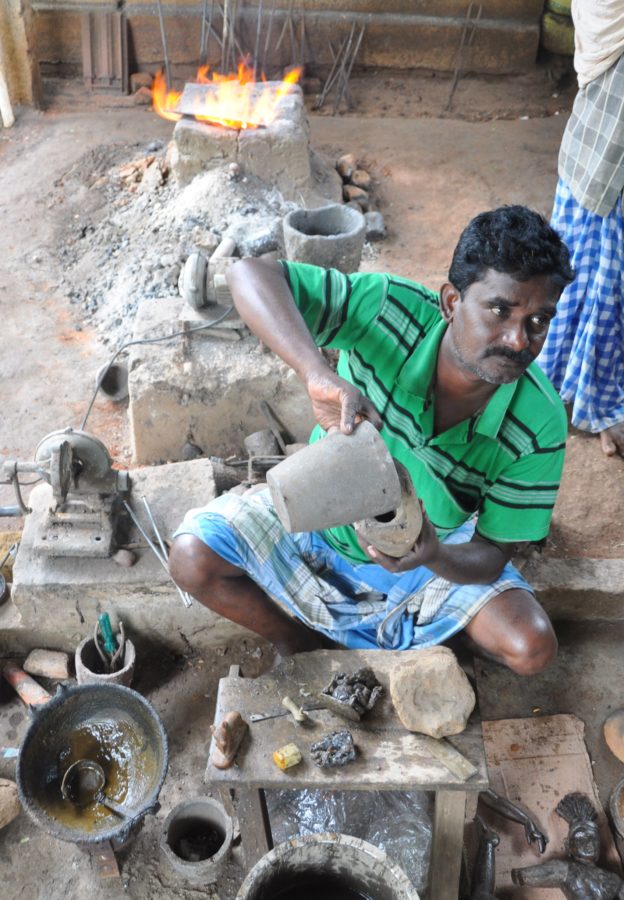 The world’s supply of antiques is fixed. The number of items made in the 18th century for example is a finite quantity (or declining when one considers that each year some will be lost to fire and so on). But each year, more and more fakes are made. This means that each year, the proportion of genuine antiques grows exponentially smaller and that the chances that any given item is a fake grows dramatically higher. It is a sobering thought.

The role of a good dealer is to sieve the fakes from the genuine items on behalf one’s clients. Generally, they have the time to do that, and it does not make them infallible, but it helps. Auction houses however are less interested with their endless cycle of auctions. Their interest is in through-put – they have items only briefly, and so often they can do little or no research. They tend to fall back on the traditional rubric of caveat emptor – ‘buyer beware’ – it’s your fault if you buy a fake particularly if no claims were made about its authenticity despite a context suggesting that a piece is genuine even though such a claim may not be spelt out. Heads of departments in auction houses and the cataloguers under them often face enormous pressure to meet targets. A high proportion of unsold lots might result in the head of department being called into the CEO’s office for an explanation, with bonuses being threatened. Funds are poured into branding rather than expertise: many department heads, even in the major auction houses, are surprisingly poorly paid.

Fakes are appearing in every area. Tribal art, particularly from Africa, is one of the most faked areas. Almost all African tribal art sold each year is fake. Small auction houses around the world nowadays sell huge quantities of pieces originally produced for the tourist trade. One of the most important giveaways is when a tribal piece smells smoky. Fakers in Africa routinely smoke newly-made wooden items to given them a stained-brown ‘patina’ but the smell of smokiness lasts for years. Even after many years, once an item is heated gently, perhaps under a strong light, then the object will resume exuding a smoky odour. Contrary to what the purveyors of fakes will want you to believe, African tribal items do not smell smokey because they were stored close to a camp fire, or in a traditional hut that had a cooking fire and poor ventilation. They smell smoky because they are wrong; because they are fake. Without sound provenance, there is no middle ground on this.

Gold is another area where there is massive faking. Gold does not tarnish and does not develop the patina that most other metals do. Ancient gold often was cast so it is easy to replicate by using silica moulds to cast copies. Ancient Indonesian and Vietnamese gold, especially Cham gold, are among the most faked areas today. There is simply (and literally) an incredible quantity of ancient Javanese gold in existence today, whereas a few decades ago it was relatively scarce. Not all of the new supply is due to the modern use of metal detectors. Later gold is also much faked. The Netherlands-based academic Francine Brinkgreve has written a superb essay on what are likely to be fake (or at least essentially new) examples of traditional gold jewellery from Sumba, Eastern Indonesia, that are now in the Netherlands’ National Museum of Ethnology. Today, many similar example turn up around the world purporting to be 18th century or earlier. Almost all of it isn’t. It’s new. A few wealthy families on Sumba could afford gold heirlooms. But the extant quantity of Sumba gold in existence today suggests that everyone in this poor, rice-growing society was decked out in gold from head to toe.

I lived in Indonesia for two years 20 years ago and back then I simply did not see many of the types of ‘antiques’ that come out of Indonesia today. Nor the quantity. Indonesia has become a hotbed of faking. One of the most pernicious forms of faking is to take a genuinely old but ordinary item – perhaps a plain silver teapot – and to decorate its surface with, say, new gold plaques, that it simply never had, to make it more desirable. This form of faking is particularly damaging because part of the object is old leading one to assume (or hope) that the entire object is.

The kris, the traditional Indonesian sword with a wavy blade, is another much-faked area. As is usual, fakers tend to over do it and so krises today are getting more and more fabulous – of a type that simply is not seen in old ethnographic collections from the 19th century. A major London auction house offered a seemingly fabulous kris in recent weeks which it described as a 19th century. It certainly wasn’t. They should know better. But it is an inevitable consequence of frequents sales, rising demand, a fixed quantity of antiques, insufficient resources devoted to scholarship, and a new trend, particularly among collectors from Asia who only want to buy from auctions because that reassures them on price (quality is a secondary consideration for many).

Local antique dealers in Indonesia often stock a mixture of old and new items. They may not tell their customers which is which – they expect you to work it out. This, of course, is the reverse of what is expected of a good dealer in the US or Europe for example, who ideally have already sieved the fakes from the genuine items on behalf of their clients.

Stone is another medium favoured by fakers. It does not typically develop a patina and a weathered look can be developed relatively quickly. Cambodian statues from the Angkor period are among the most faked in this class. Of course preferably, all such statues should have been left in situ in Cambodia but today, Ankor Wat itself has been almost entirely stripped of its statues. But if all the statues in the world today that purport to be from Angkor Wat were returned then Angkor Wat would probably have to rival Manhattan in size.

One result of the faking of antiques is that a lot of money is now pouring into contemporary art. It is reassuring to be able to buy from the artist or from the gallery that has direct contact with the artist, or where the artist is still alive and can authenticate a work. But much contemporary art is clever rather than masterful. And it too is easily faked. Today’s paintings will be subverted tomorrow by faking too. And on it goes.

The problem of faking is growing exponentially. It means that the role of good dealers who do their research is more important than ever. It also means that provenance is more and more important. We, for example, only buy from within the UK and when the context suggests that an item has been in the UK since colonial times. We have spent enormously on building up an enormous library of reference books to assist in our research, and we travel a lot to see museums but also to see what are the trends in faking today in countries like Indonesia and Thailand. An important US collector once said that the first thing you need to inspect when visiting a new dealer to determine if he or she is good is not their stock, but their reference library. It’s good advice.

(The image with this post shows a metal caster operating near Tanjore in South India, using the lost wax process to cast reproductions of Indian miniature bronzes. Many new items might be produced for the right reasons but in the hands of unscrupulous others their attribution can be changed. Photographed in 2014.)