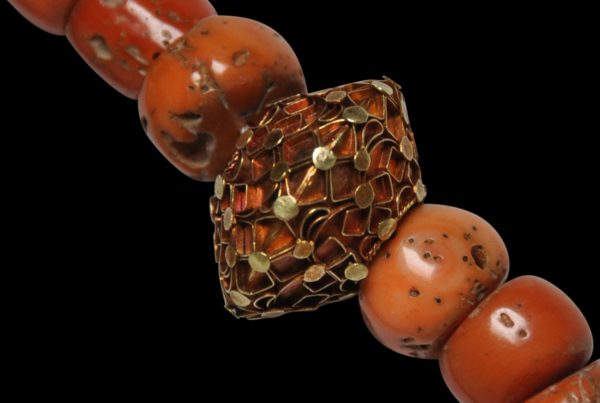 Old items of gold from Southeast Asia, especially Burma, Thailand, Cambodia, Laos, Indonesia, and the Malay world, often have a pronounced red colour – and yet they might be of high-carat gold.

The red colour is not due to a high copper content but because the surface of the gold has been stained chemically. Simply, many traditional Southeast Asia communities liked gold a lot; but they did not like its colour – they preferred it to have a reddish tone.

The decorative appeal of gold was enhanced with a surface treatment. The red oxide over the surface was induced by rinsing the completed gold item first in coconut oil. Next it was heated in a solution of sulphur and either kalamansi (citrus microcarpa) juice or tamarind pulp – both of which are sour and thus acidic. Next, it was immersed in a solution of rock salt, alum, table salt and water, until the desired level of red hue was achieved.

Items that have this hue need to be kept and cleaned carefully. Excessive cleaning or washing will remove the reddish surface colouring.

Gold items that don’t have this reddish surface colour but have more of a pink colour all the way through are an alloy of gold and copper (and sometimes a small quantity of silver). This was also popular in Southeast Asia. The Malays referred to this type of gold as suasa. Often suasa was used on an item (such as a betel box) in combination with high-carat gold (with its characteristic yellowish-gold colour) and silver to provide a pleasing contrast between the three metal types.

The items shown below, all drawn from private collections, are from Southeast Asia and show gold elements that have been stained red. 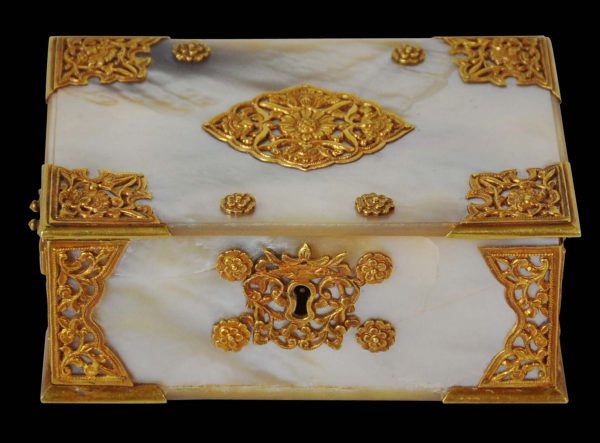 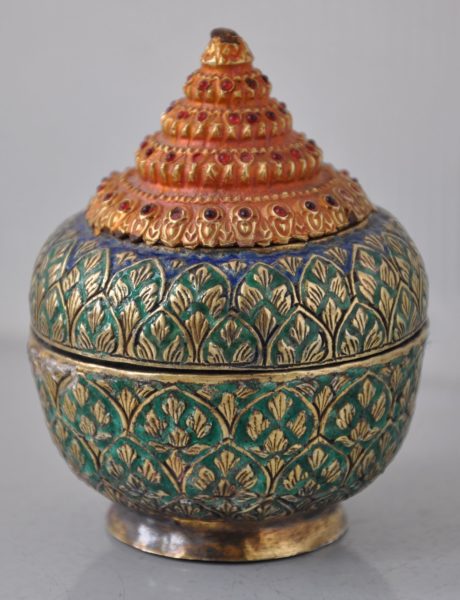 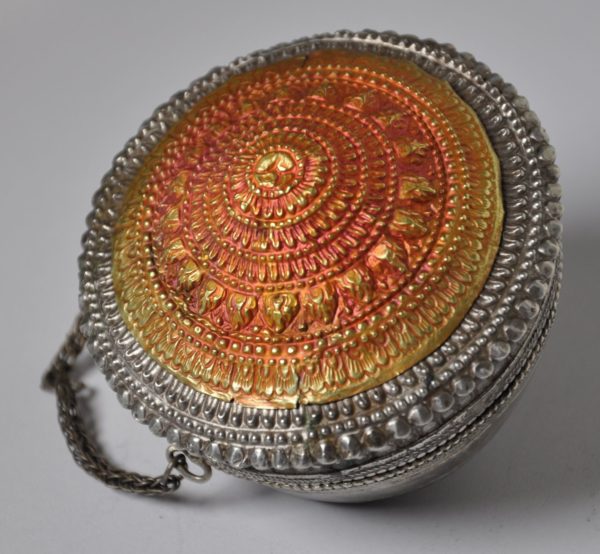 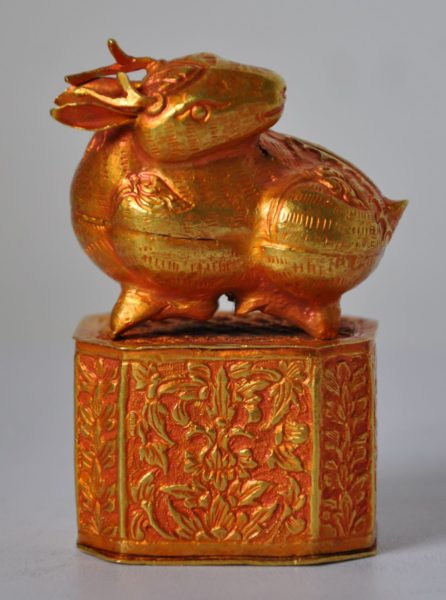 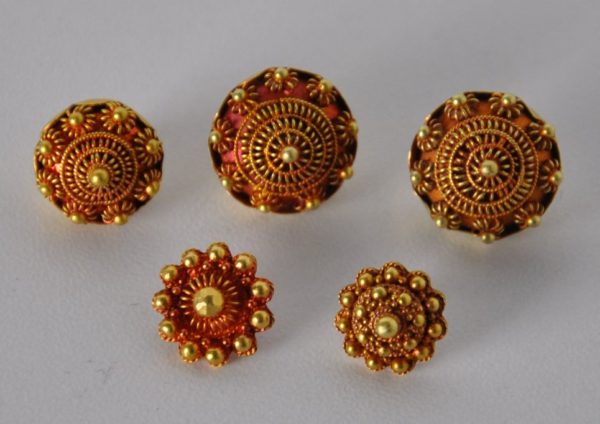 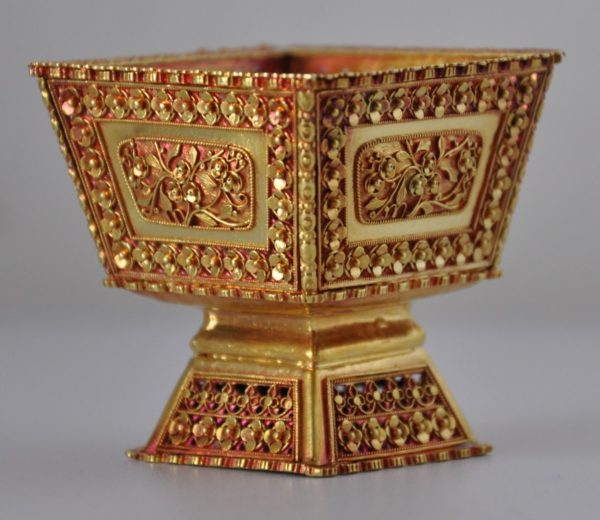 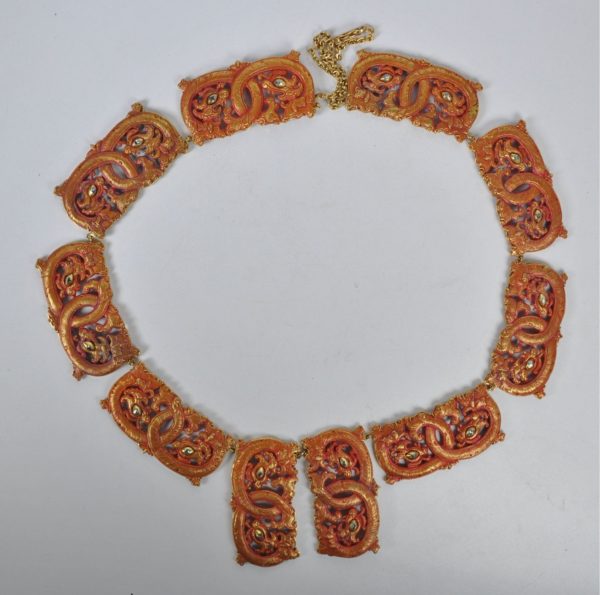 Entwined naga or serpent red-stained gold panels to decorate a textile converted into a necklace, Indonesia, circa 18th century 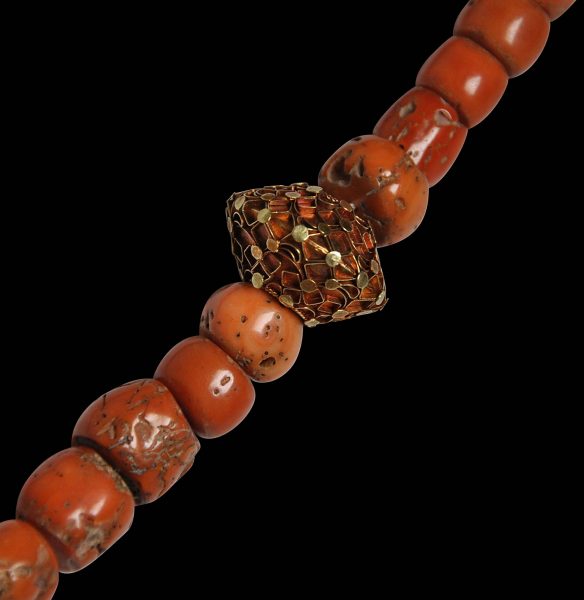 See our Southeast Asian items from the Malay and Indonesian worlds, from Thailand & the rest of IndoChina, and Burma.