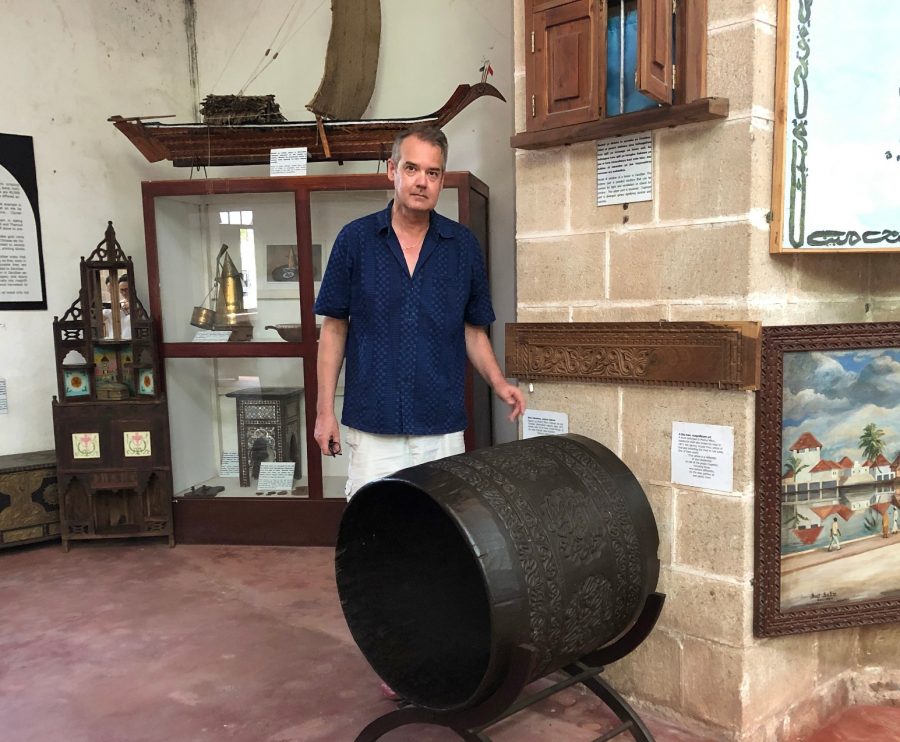 We visited the Peace Memorial Museum (Beit el Amani) in Stone Town, Zanzibar, in late December.  It is the main museum in Stone Town dedicated to the cultures of the Swahili Coast, which are a blend of indigenous African, Indian and Middle Eastern (particularly Omani) influence, despite its name.

The museum is in a fine but dilapidated building, and is predictably under-funded. But it does have some treasures. One highlight is a wooden drum carved with Arabic inscriptions and motifs that belonged to a tribal chief and dates to before 1873. Another is a wooden sedan chair used for carrying the wealthy around Stone Town. It too dates to the 19th century. There’s also a good example of a chief’s chair from Lamu, as well as trade ceramics and textiles.

Zanzibar is a semi-autonomous island that is part of Tanzania and lies off Africa’s east coast. It was an important trade port in the 19th century for ivory, slaves and gold, and for much of the 19th century was ruled by the Omani sultans who relocated to Stone Town from Oman itself, and from where they attempted to rule both Zanzibar and Oman.

Items that are identifiably from Zanzibar and its related Swahili hinterland are relatively rare. But because of the trading and colonial past, they do turn up in old collections in the UK, often obscured and mis-identified. We have had several fine pieces some of which are now in museums.

See our large collection of items from the Middle East and our East-West collection.