Why are many Miniature Indian Bronzes so Worn? 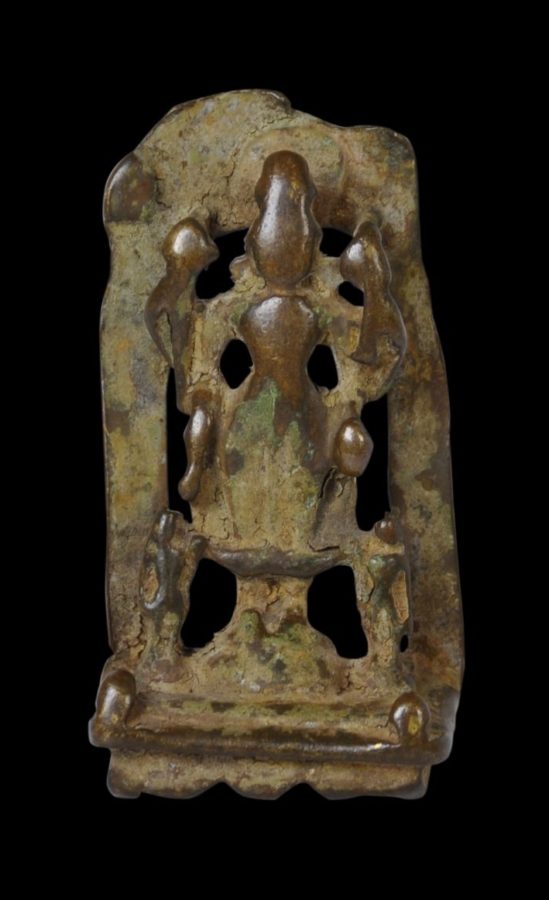 Why are so many small Indian bronze images of Hindu deities so worn, often to the point that their facial and other features no longer are recognisable?

Most small bronzes are not from temples but from households – from the family altar. And for many practising Hindus, the bronzes are not static, lifeless representations of the gods but are inhabited by the gods, and essentially become the gods.

Each morning, often the matriarch of the house will rise early and tend to the family’s bronze images that are kept on the altar. She will caress them tenderly as if they are her own children, lustrate them with offerings such as milk and ghee, bathe them, dry them, and then let them ‘rest’. All this attention tends to wear away the bronze over many years and even generations.

Such bronzes were made to be touched. They could only serve their function by being touched, bathed and caressed. The more worn an image then the more intense has been the energy flow back and forth between it and its possessor.

It is ironic now that Indian bronzes should find themselves in museums where touching is prohibited when in fact being touched was integral to their entire purpose. And putting them behind glass is even more contrary to their original intended function! But of course it is important to protect material culture for future generations.

The wear that a small bronze might have can be very instructive. It helps to attest to its age and to authenticate a piece. Small bronzes with little wear might be old but they might not have been used for any significant period on a family altar.

Once a bronze was deemed to be too worn, it might be deemed to now be too ‘incomplete’ to be inhabited by the god. Many were then thrown into a river, often the Ganges. Additionally newer statues also were thrown into rivers as offerings during important festivals. Later, they might be recovered and sold as curios. This is why so many small bronzes today retain remnants of mud. The practice of throwing bronze deities into rivers has lead to India’s rivers being polluted with hundreds of thousands of images. This has contributed to metals pollution and a reduction in water quality. This is particularly the case when painted statues are discarded. Often the paints contain lead, leading to lead pollution in the water.

Some in the UK’s Hindu community has followed the practice of offering deities to the UK’s rivers and so increasingly frequently images of Ganesh, Durga and other deities are being found in the mud along London’s Thames River. These images tend to be relatively new however, compared with the examples that came to the UK during colonial times.

Shown here are examples of bronze images that we have in stock – all with wear and which date to the 14th-18th centuries.

See all our available Indian bronzes.