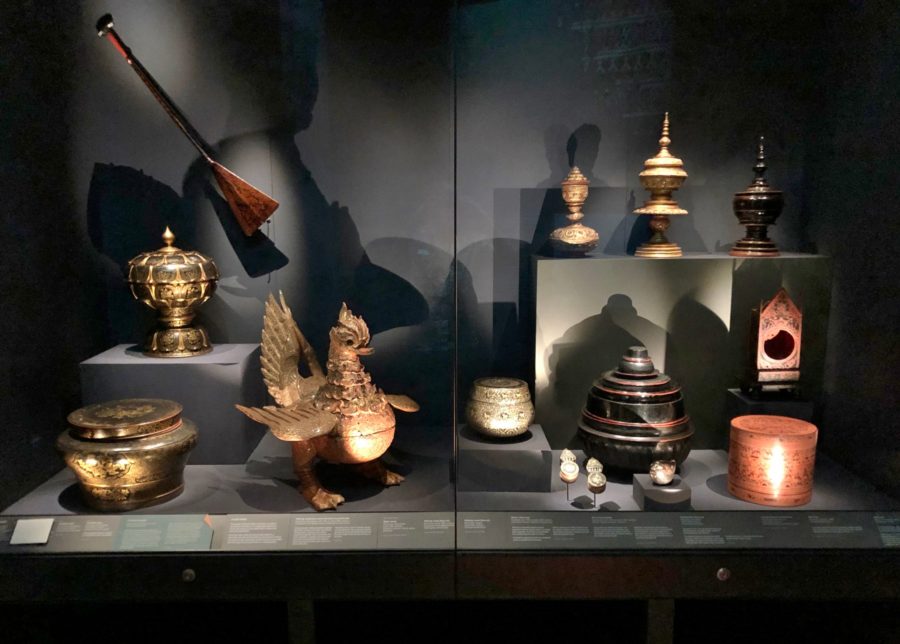 Singapore’s Asian Civilisations Museum (ACM) is fast becoming one of the world’s leading Asia specialist museums. A recent visit revealed the extensions and rehangs in the South Asia, Southeast Asia, Asia Trade and Asian Cross-Cultural Christian sections of the gallery.

It really is a superb museum now.

The flow through the galleries now is more streamlined, and  the feel is airy and better lit. Dozens of recently acquired objects are on display, and overall, the museum is a great pleasure in which to be and to wander.

There is also a welcome focus away from Chinese porcelain and China itself and towards Southeast Asia, and items that tell stories of trade and cross cultural influence – which is a far better fit with Singapore’s position in Southeast Asia, having been a trade entrepot and subject to myriad cultural influences. (Just because Singapore’s majority population is ethnically Chinese does not mean that Singapore’s premier museum should concentrate on items from China any more than Australia’s main museums should concentrate on the arts of western Europe – which, happily, few do.)

The ACM’s acquisitions in recent years mean that some important items of world material culture now are preserved for future generations – not just for Singaporeans but with the large numbers of visitors Singapore now receives and also the process of museum loans – for everyone.

Not all of them are bejewelled and showy but rather, the museum has sought to select items from every strata of the societies that it covers. This is important. It means that the ACM is telling a more complete story of the past rather than distorting that story by only showing items that belonged to the rich. This is a lesson that some museums in the Middle East might do well to learn.