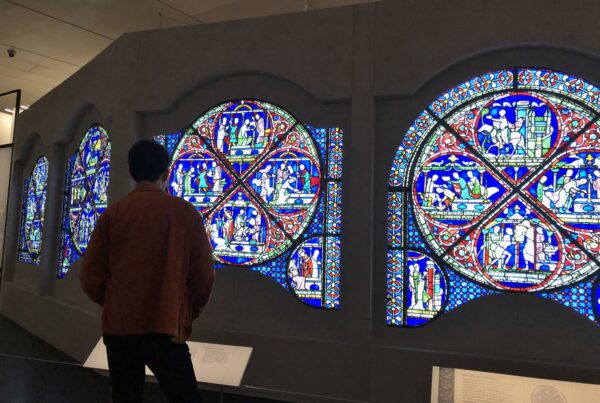 ‘Thomas Becket: Murder and the Making of a Saint‘, an excellent new exhibition (until August 22) has opened at the British Museum.

Becket was appointed by King Henry II chancellor and then Archbishop of Canterbury (despite Becket not even having previously served as a priest) so that the King could control both the state and the Church in England. Instead, Becket resigned from the position of chancellor and asserted his independence and that of the Church from Henry. A dispute between Becket and Henry saw Henry flee to six year’s exile in France. He returned to England in 1170 only to be murdered within a month of his return, in Canterbury Cathedral itself, by four of Henry’s knights. The murder was not at Henry’s behest but was done on his behalf. The murder shocked Europe. Not only was the head of the Church in England murdered but he was murdered in his own cathedral, close to the altar. Just over two year’s later and with hundreds of miracles attributed to Becket, the Pope made Becket a saint and Becket’s’ tomb at Canterbury soon became one of the most important sites of Christian pilgrimage in Europe attracting thousands of pilgrims from across Europe every year. The King regretted Becket’s murder and made many pilgrimages himself to Becket’s tomb, including walking barefoot through the town to the tomb and being whipped by reed canes by monks as penance.

The exhibition brings together dozens of items associated with Becket and his legacy. Included is a wax impression from Becket’s seal that has fingerprints – quite possibly those of Becket himself. Becket was hit across the head by one of the knight’s swords which sliced off a section of Becket’s skull and broke the sword – so many items depicting Becket’s martyrdom show the sliced skull fragment falling to the floor of Canterbury Cathedral along with the broken sword blade. 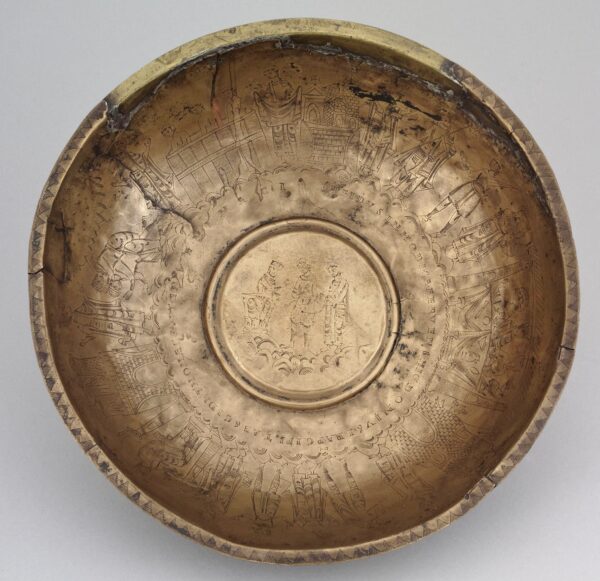 This copper dish held in the British Museum and included in the exhibition, dates to the 12 century and was found in the River Thames. It is engraved with scenes from the life of St Thomas the Apostle, Thomas Becket’s namesake. It is engraved with scenes of the saint’s (supposed) time evangelising in India – an extraordinary topic for a bowl produced in London almost 900 years ago. 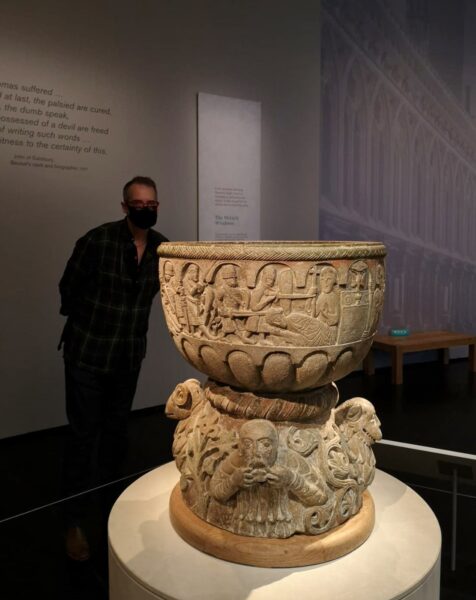 This 12th century carved limestone font is from Sweden and is carved both with scenes from the life of Christ and the Martyrdom of Becket. It shows the widespread popularity of Becket (as a saint) across Europe – a popularity that was quick to spread across Europe with only a few years of his death. 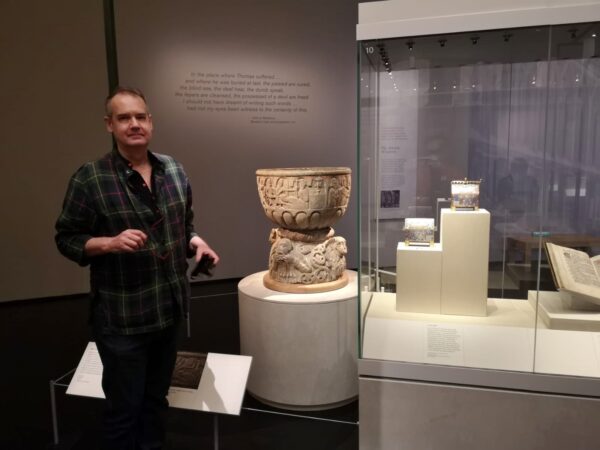 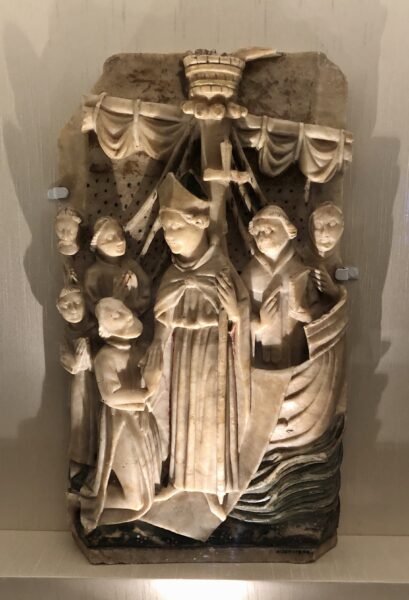 A 15th century English alabaster relief of Becket arriving back in England after his exile in France.