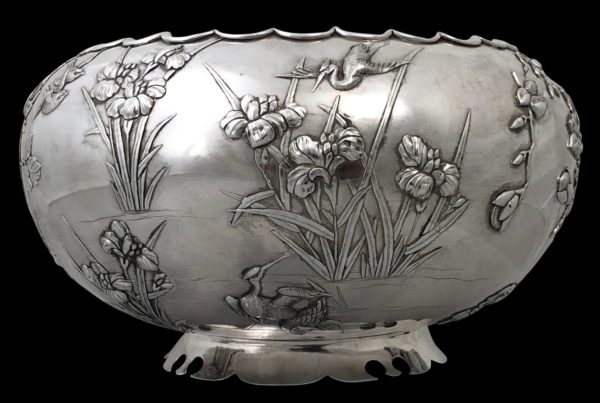 Listen here to our new Podcast about Chinese Export Silver.

Chinese export silver was produced in the southern coastal provinces of China in the 19th and early 20th centuries mostly for sale to expatriate Westerners based in Asia, and for export to Western Europe and the United States. The silver typically has European forms but with Chinese motifs such as dragons and the flowers of the four seasons. It was not that long ago, that you could barely give it away – it was terribly disregarded, and many mainland Chinese themselves did not even realise that the silver had been made in China. Today it is popular – particularly with mainland Chinese collectors – and prices have risen accordingly.

There are problems though.

One major problem is that a significant proportion of what is sold as Chinese export silver is no such thing. It was not made in China and it was not made for export. This is the silver that was produced in Southeast Asia by local ethnic Chinese silversmiths for local clients. The economies of countries such as Thailand, Indonesia, Vietnam, Malaysia and Singapore have long been dominated by locally-based ethnic Chinese who have been there for many generations, and by the 19th century much of the silver-smithing was in the hands of ethnic Chinese silversmiths. Often they stamped their pieced with Chinese marks, leading to many now to assume that the items were made in China, They were not. And so today, many dealers and auction houses out of ignorance or to get a better price for their items will claim that these pieces are Chinese export silver.

Examples of Chinese export silver and Southeast Asian Chinese silver can be seen below. Sometimes the differences are subtle, but generally, to the more experienced eye, they are not.

But listen to our Podcast to learn more. 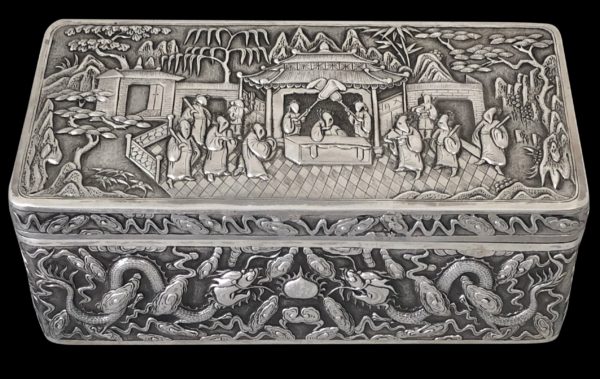 This is Chinese export silver – a box made by Wang Hing of Guangdong (Canton) & Hong Kong. 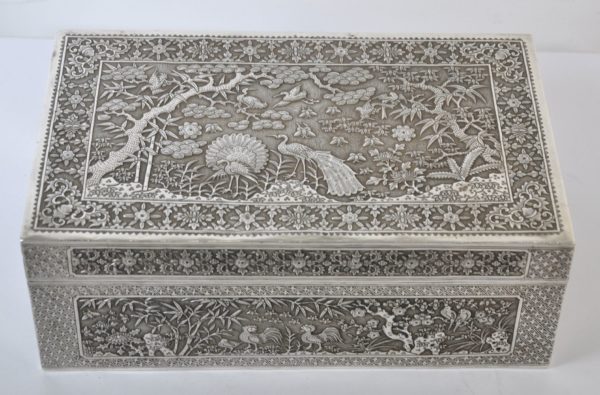 This is not Chinese export silver – it is a box made by a Vietnamese-Chinese silversmith in Sa Dec, Vietnam. 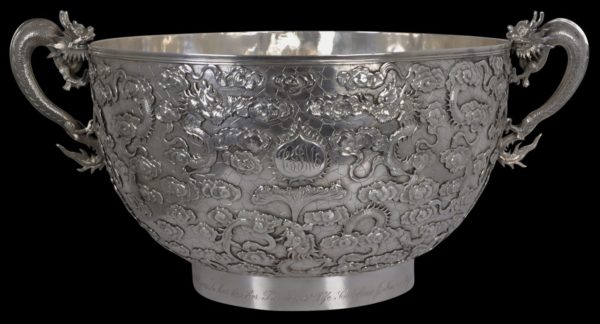 This is Chinese export silver – a very large bowl made by Wang Hing of Guangdong (Canton) & Hong Kong. 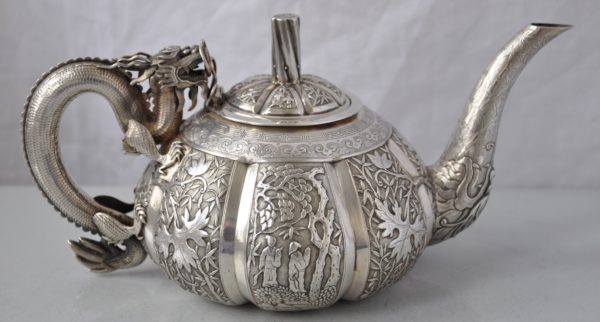 This is not Chinese export silver – it is a teapot made by a Thai-Chinese silversmith most probably in Bangkok, Siam (Thailand).