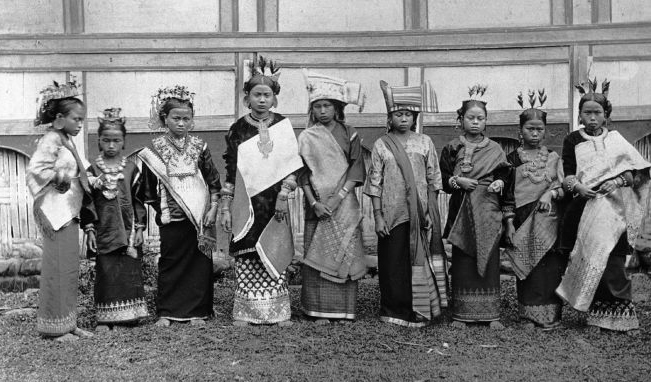 It’s International Women’s Day today (March 8) so it seems timely to consider the 8 million-strong Minangkabau people of Southeast Asia as an interesting anecdote. Why? Because they are a rare example of a matrilineal society. They are a Muslim group concentrated in West Sumatra, Indonesia – but also there are large numbers around Malaysia’s Negri Sembilan State.

The matrilineal aspect means that traditionally (and today this still holds true for many families), the family’s wealth passes from mother to daughter, rather than from father to son. Often Minangkabau sons inherit nothing.  When the mother of a Minangkabau friend of mine died, his sister inherited all the family’s rubber plantations and other businesses. He did not mind; he never had expectations otherwise.  This practice means that Minangkabau families usually are desperate for daughters rather than sons and it is not unusual to come across a Minangkabau family with, say, five sons because the parents have kept having children in the hope of finally having a daughter, with each successive son being seen almost as a disaster!

Of course in the modern era, such practices are no more defensible than what has happened elsewhere in more patrilineal societies. But the Minangkabau remain an interesting aberration.

Much of the food that is popular across Malaysia, Singapore and Indonesia that is regarded as ‘local’ in fact has its origins in the nasi padang food of the Minangkabau. One famous such dish is  beef rendang. The spread of Minangkabau food generally has followed their migration routes. Often what we think of as ‘Indonesian’ food outside Indonesia really is Minangkabau food.

The Minangkabau traditionally have been important casters of brassware which were traded to other ethnic groups in Sumatra (such as the Batak and the Acehnese) and also to the Malays on the Malay Peninsula.  Examples of Minangkabau brassware that we currently have in stock can be found below, along with several other Minangkabau items. These items can be seen in more detail via these links: 2598, 2238, 1122, 321, 328, 1498, 327, 1580.

Traditional Minangkabau culture is colourful, dynamic and outward looking. Could it be that the centrality of strong women figures in their culture is the leading factor for this?

Receive our monthly catalogues to see all our new stock, provenanced from old UK collections.