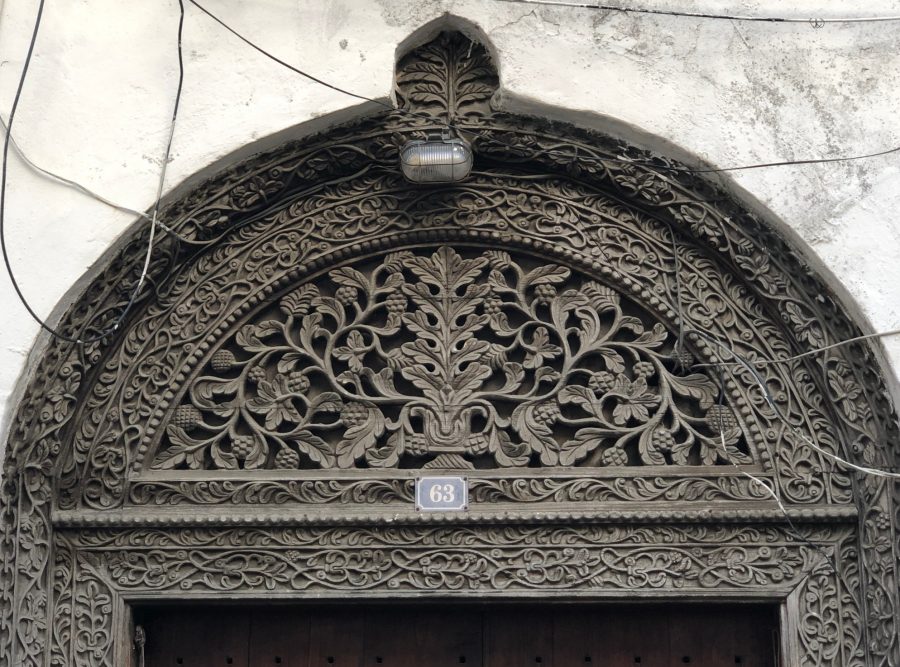 It is believed that there are 277 remaining carved wooden doors in Zanzibar, such as the examples shown here photographed on a recent visit to the island. It is the largest concentration on the Swahili Coast. (The final two images show lintel panels we have had, now sold, which came to the UK during the colonial era.)

The doors show both Indian and Middle Eastern Islamic influence. Zanzibar was effectively colonised by the Sultans of Oman and so today is almost 100% Islamic. Motifs carved into the doors and frames reflect the seafaring and trading nature of Zanzibar – fish-scales, rope and chain motifs, as well as tree-of-life patterns which more likely are stylised palm tree motifs – are visible.

The doors are carved from teak, mango or jackfruit wood. Many are carved with protective Koranic inscriptions.

Not only are the doors beautifully conceived but many have spectacular brass mounts. Even the locks and chains used to secure the doors are works of art in themselves.

The doors have a long history – Portuguese visitors wrote about them in the 16th century.

All the doors shown here were photographed in Stone Town itself, over December/January.